“On the Threshold of the Future: The Life and Spirituality of Mother Mary Joseph Rogers, Founder of the Maryknoll Sisters” by Claudette LaVerdiere, MM. Orbis Books (Maryknoll, N.Y., 2011). 160 pp., $20.

This year the Maryknoll Sisters celebrate the 100th anniversary of their founding, making it a particularly appropriate time for the publication of this study of their foundress, Molly Rogers (1882-1955).

Maryknoll Sister Claudette LaVerdiere, a former president of the congregation who has worked in both East Africa and Myanmar, offers a concise portrait of this remarkable woman, known in religious life as Mother Mary Joseph.

The book opens with a biographical section that illustrates the family and social environment that formed Molly Rogers. Most Catholic children were educated in parochial schools, but because Molly and her seven siblings attended Boston’s public schools, she was “relatively untouched by the Catholic culture of the time.” This would have a significant impact on her vision for Maryknoll, a congregation “shaped more by the resilience needed in foreign mission than by traditional expectations of religious.”

Molly wanted to be a nurse, but her father insisted she get a college education and during her junior year at Smith College she experienced her decisive call. “She had just witnessed the vibrant ‘mission sending’ of the Protestant Student Volunteer Movement. ‘Something — I do not know how to describe it — happened within me,’ and she proceeded directly to St. Mary’s Church. Kneeling before the Blessed Sacrament, she pledged herself to the mission of the church, having no idea how she might follow through on this commitment. She simply believed that divine providence would show the way.”

“On the Threshold of the Future,” like other stories of the founding of religious congregations, can be read as a testimony to how divine providence works in, and through, the lives of generous souls. Beginning Jan. 6, 1912, Molly Rogers and a small group of other women volunteers supported Fathers James Anthony Walsh and Thomas Frederick Price in the establishment of the Catholic Foreign Mission Society of America.

These laywomen began as unpaid secretaries (the “Teresians of Maryknoll”) and after a lengthy period of formation and training, received approval to become a diocesan congregation in 1920. The following year, the first Sisters were sent to China.

The book’s great strength is its careful presentation of Mother Mary Joseph’s spirituality, whose description of a Maryknoll Sister is a remarkably accurate rendering of her own spiritual genius. “I would have her distinguished,” she wrote, “by Christ-like charity, limpid simplicity of soul, heroic generosity, selflessness, unfailing loyalty, prudent zeal, gracious courtesy, an adaptable disposition, solid piety and the saving grace of a kindly humor.”

The Maryknoll Sisters were imbued with the Dominican charism of contemplation and action. “I mean that we must be so trained, have so formed our affections … our inward gaze fixed solely upon (God), and no matter what distractions, no matter what works, what trials, sickness, separation caused by death — always our first thought, our involuntary action, even, is to accept everything with our eyes fixed upon the face of Christ.”

Mother Mary Joseph had great confidence in the Sisters’ maturity, diversity of gifts, bonds of charity (“mutual love in Christ”) and religious obedience to sustain the common good. When, on Jan. 2, 1947, she left the office of mother general, Mother Mary Joseph reflected on the 35 years she led her community. “These have been lovely years in which we have worked together and my heart will always sing its hymn of gratitude, to you, for your patience, your faithfulness and your love, and to God, for having given us each other in this glorious work of the extension of God’s kingdom.”

This carefully researched, well-written and intelligent book is not, ultimately, a work of scholarship. It is, instead, a “hymn of gratitude” for Mother Mary Joseph’s spiritual vitality, “a gift not only for Maryknoll missioners in the first part of the 20th century but for our time and for the world.” 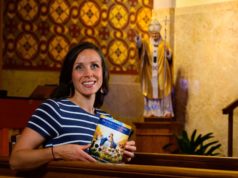 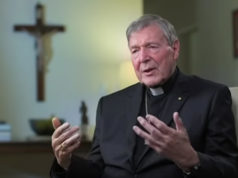 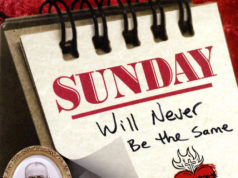