Too often, “spiritual exercises” and formal prayer practices end up going by the wayside for one reason: We expect them to have effects they don’t have, so we give up on them. Jana Riess found this out from first-hand personal experience, and that’s what she wrote about in “Flunking Sainthood,” which is a literary breath of fresh spiritual oxygen.

One month at a time, for a full year, Riess took a running jump at fasting, looking for the sacred in the kitchen, “lectio divina,” giving up shopping as a form of entertainment, centering prayer/the Jesus prayer, observing the Sabbath, being thankful, Benedictine spirituality, vegetarianism, practicing generosity — and she was a flop at every one of them. But, she concludes, there are important lessons to be learned from trying each one, from not giving up or giving in, and that’s what this book is all about.

“Flunking Sainthood” is easy to read; the pages almost turn themselves. At the same time, nearly every chapter whistles up the possibility that you, the reader, can be better than you are; whispers to your heart that you’re not nearly as much of a spiritual wimp as you think you are. “I may have spent a year flunking sainthood,” Riess declares, “but along the way I’ve had unexpected epiphanies and wild glimpses of the holy I would never have experienced without these crazy practices.”

St. Therese of Lisieux, she of a late 19th-century Carmelite monastery in France, was the “little flower” known for her famous “little way.” In recent decades, fortunately, she has been liberated from the sappy spiritual sentimentality to which she was relegated for so long after she became, you know, famous.

Heather King wrote a great autobiographical book, largely about her journey to Catholicism, titled “Redeemed.” In “Shirt of Flame,” -an image from T.S. Eliot’s “Four Quartets,” King completely knocks the patina of false piety off Therese and gives us back the rock-solid spiritual wisdom and theology this unconventional nun lived and wrote about, which is the real reason she was named a doctor of the church.

In “Shirt of Flame,” for each month of the year King gives us a fine, insightful reflection on the young saint, she died at age 24, and her writings. Each one concludes with a prayer written by King that is invariably honest, hopeful, and, if you read between the lines, not without gentle humor. Along the way, she quotes others including, from one of Therese’s fellow nuns, words to be pondered: “I would never have suspected her sanctity.”

“Shirt of Flame” will wake you up spiritually and put you back on the right path, and you’ll be very glad it did. Read it. No excuses.

Reviewed for Catholic News Service by Mitch Finley, the author of more than 30 books on Catholic themes. 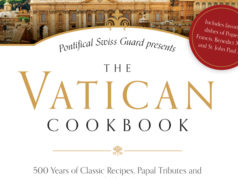 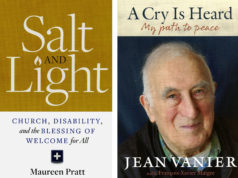 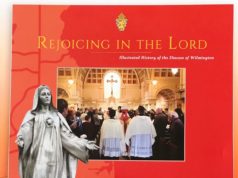 Diocese of Wilmington sesquicentennial: One for the books