When Pope Francis presented his final talk to the assembled Synod of Bishops on the family on Oct. 24, the speech was released by the Vatican with footnotes, including an acrostic on “famiglia,” the Italian word for family.

Thanks to Rocco Palmo, who pointed out the hidden papal reflection on the church’s family mission on his blog, Whispers in the Logia. The first letters of the words in bold face spell out “famiglia.” The following is the text of footnote 8 of the Oct. 24 papal talk.

An acrostic look at the word “family” [Italian: “famiglia”] can help us summarize the church’s mission as the task of:

Forming new generations to experience love seriously, not as an individualistic search for a pleasure then to be discarded, and to believe once again in true, fruitful and lasting love as the sole way of emerging from ourselves and being open to others, leaving loneliness behind, living according to God’s will, finding fulfilment, realizing that marriage is “an experience which reveals God’s love, defending the sacredness of life, every life, defending the unity and indissolubility of the conjugal bond as a sign of God’s grace and of the human person’s ability to love seriously” (Homily for the Opening Mass of the Synod, 4 October 2015: L’Osservatore Romano, 5-6 October 2015, p. 7) and, furthermore, enhancing marriage preparation as a means of providing a deeper understanding of the Christian meaning of the sacrament of Matrimony;

Approaching others, since a Church closed in on herself is a dead Church, while a Church which doesn’t leave her own precincts behind in order to seek, embrace and lead others to Christ is a Church which betrays her very mission and calling;

Manifesting and bringing God’s mercy to families in need; to the abandoned, to the neglected elderly, to children pained by the separation of their parents, to poor families struggling to survive, to sinners knocking on our doors and those who are far away, to the differently able, to all those hurting in soul and body, and to couples torn by grief, sickness, death or persecution;

Illuminating consciences often assailed by harmful and subtle dynamics which even attempt to replace God the Creator, dynamics which must be unmasked and resisted in full respect for the dignity of each person;

Gaining and humbly rebuilding trust in the Church, which has been gravely weakened as a result of the conduct and sins of her children – sadly, the counter-witness of scandals committed in the Church by some clerics have damaged her credibility and obscured the brightness of her saving message;

Laboring intensely to sustain and encourage those many strong and faithful families which, in the midst of their daily struggles, continue to give a great witness of fidelity to the Church’s teachings and the Lord’s commandments;

Aiming to love unconditionally all families, particularly those experiencing difficulties, since no family should feel alone or excluded from the church’s loving embrace, and the real scandal is a fear of love and of showing that love concretely. 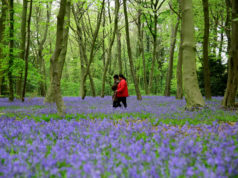 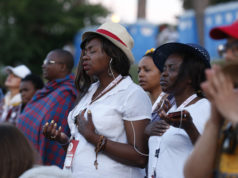 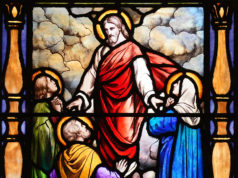