Home Death & Resurrection Humble Mission Beads founder Alison Rizzuto reaches out to those who have...

ARLINGTON, Va. — It began, as many good things do, with a trip to Michaels.

Alison Rizzuto had been given several religious medals since she came into the Catholic Church a few years ago and she wanted a way to wear them.

“I wanted something kind of funky, something modern, and I couldn’t find it,” she said. “So, I thought, ‘Oh, I’ll just make it.’” She put her daughter Charlotte on the back of her bike, and they rode to the nearby craft store.

What started as a hobby has become Humble Mission Beads, a shop on the website Etsy — etsy.com/shop/HumbleMissionBeads — and it’s where Rizzuto has sold more than 1,000 pieces of faith-inspired jewelry and other products. The platform and the profits support her passion of helping women who have experienced a miscarriage.

Rizzuto’s jewelry collection ranges from chunky, 10-bead rosary bracelets to delicate silver and gold necklaces, all featuring a dangling religious medal. The medal often sets the tone for the piece.

The Our Lady of the Snows bracelet is made with pearls and white stones; the St. Francis of Assisi bracelet has wooden beads; and a Holy Spirit bracelet has beads meant to be dipped in essential oils so the fragrance can linger for hours.

All the Humble Mission items have one thing in common: “God gives me a story for every piece of jewelry,” said Rizzuto. “The idea is a gift. It’s definitely inspiration that I get.”

For example, after visiting the Shrine of Our Lady of La Leche in St. Augustine, Florida, she began to make necklaces with medals of a nursing Jesus with Mary, paired with an oblong pearl bead.

After a friend from church trekked the Camino de Santiago in Spain and returned with medals for Rizzuto, she designed anklets with a shell, the symbol of that pilgrimage.

And after seeing how much her daughter enjoyed wearing bows that matched the color of the liturgical season, Rizzuto worked with two more friends from her parish, St. Leo the Great Church in Fairfax, Virginia, to make a graphic of the liturgical calendar and hair ribbons in each color.

The inspiration for new products and the materials needed to create them come from all over. “It’s not all my ideas. I’m just the instrument,” she told the Arlington Catholic Herald, newspaper of the Diocese of Arlington.

Rizzuto was always interested in the arts, but for many years she preferred singing to precious stones and golden chains. When her Florida high school discontinued its arts program, she got her GED certificate and began college at the nearby performing arts school before graduating from the Crane School of Music in Potsdam, New York, in 2007.

In between undergraduate and graduate school, she studied in Rochester, New York, where she met her future husband, Tony, who was stationed there with the U.S. Air Force.

Tony’s witness eventually brought Rizzuto, who was Protestant, into the Catholic Church a few months before their marriage.

She was on the faculty of a medical school, working to help singers who had injured their voices get back into performing, when she decided to leave this line of work, believing God was preparing her for something else.

A few months later, she was pregnant with their second child and she and her husband learned they were going to lose the baby at 12-weeks gestation.

Rizzuto said after explaining what happened to their daughter, who had been at the ultrasound appointment, she and her husband said the baby was in heaven and “our job as a family is to try to get there so we can be together again.”

She gave birth to their miscarried child, Francis, at home. Later, she also miscarried another baby, Claire, and through the organization A Mom’s Peace, they buried both babies at the St. Benedict Monastery in Bristow, Virginia. Since then, they have had another child, Leo, who is 2.

Once again, Rizzuto began to create, not with beads but with boxes filled with the things to help a woman get through the miscarriage spiritually, emotionally and physically. The bereavement boxes, which are now available on her Etsy site, include Epsom salts, pads, gauze, tea, twinkling lights and a prayer card with a quote from St. Zelie Martin: “We shall find our little ones again up above.”

She mails one or two boxes out a month to women free of charge and funded in part from the shop sales. Some families have volunteered to purchase supplies that cover the rest.

“We’ve received messages from women and families that it’s been very healing for them to provide for other women who are going through this,” she said.

Rizzuto’s losses not only inspired the boxes but the jewelry, too. There’s a necklace inscribed with the St. Zelie quote as well as a necklace featuring St. Catherine of Sweden, the patron saint of miscarriages. “People want something to help them remember their little ones,” she said.

With her work, she said, she is seeking to encounter God through the saints, while stringing together bracelets, and she’s praying she strings others along with her.

“Tangible, beautiful things can really orient our hearts to (God) because he is good, true and beautiful,” she said. “That’s what I strive to do with my jewelry.”

Maraist is a staff writer at the Arlington Catholic Herald, newspaper of the Diocese of Arlington. 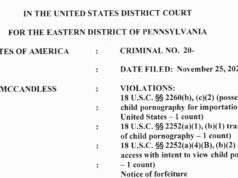 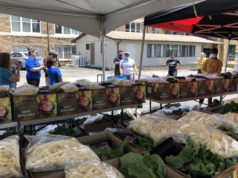 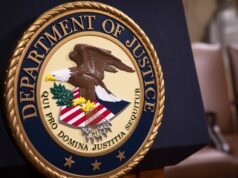