Father Gary Thomas has served for the past 12 years in the Diocese of San Jose, Calif., as the priest authorized to perform the rite of exorcism.

The rite is the Catholic Church’s largely hidden and often-misunderstood ministry of healing that Hollywood has transformed into a cash cow of blood, gore and fantasy.

The reality, Father Thomas told priests attending the 2017 Louisiana Priests’ Convention in September, is that movie producers have only part of the story correct. Yes, there is “intelligent evil” or satanic demons in the world that can and do take possession of a person in ways that defy medical or psychiatric therapy.

But movies often fail to track reality by ignoring the cautious and meticulous approach the church uses in extending its healing ministry to those who believe they are possessed by demonic spirits, Father Thomas said.

“Jesus had two parts to his public ministry: He taught and he healed. Every person who comes to seek out assistance in this area is suffering. That’s what makes this a holy ministry.”

Utilizing a team of advisers, including three married couples, a psychiatrist and a psychologist, Father Thomas uses a step-by-step, collaborative, investigative process in an attempt to identify the root cause of the person’s suffering. The early stage of questioning targets any possible medical, emotional, psychological or psychiatric issues that may be the cause.

Father Thomas said 80 percent of the people for whom he has performed exorcisms have been sexually abused.

In most dioceses, the bishop is informed about the need for an investigation, Father Thomas said, and the bishop will authorize one of the diocese’s mandated exorcists, with his team of experts, to visit the person “and ask a lot of questions to get to the root cause of what their suffering is.” Even before a decision is made to perform a formal rite of exorcism, the priest can offer “prayers of deliverance,” often called “minor exorcisms.”

Also, Father Thomas said, the person may not be suffering from possession by “intelligent evil” but may be suffering from “unforgiven sin or unforgiveness or rage or lust or hopelessness or fear. You can break those ties in confession.”

Only when exhaustive questioning convinces the team that a person may be under demonic possession is the decision made to perform the rite, he said.

Father Thomas, pastor of Sacred Heart Church in Saratoga, Calif., has performed more than 50 solemn rites of exorcism during his tenure in San Jose, and his ministry led to him to become the subject of a book, “The Rite.”

The best advice Father Thomas has for priests who encounter someone believed to be suffering, whether from a mental condition or evil spirits, is not to dismiss them but to intently listen.

“A lot of times priests … don’t know what to do, and they dismiss them,” he said. “Satan loves to isolate. If people use the ‘e’ word (exorcism) or the ‘d’ word (demons), do not run for the hills. We have nothing to fear. Christ has already won the war. Even if you are skeptical, listen to them.”

Some of the important questions he asks are how long the person has been afflicted and if he or she has dabbled in practices such as tarot card reading, black magic, white magic or “cleansing.” Even yoga, “used for purposes other than the purpose of exercise,” can be an open door to an evil spirit, he said.

“These are all pagan and all against the First Commandment,” Father Thomas said.

Extreme care is taken with the actual rite of exorcism. Father Thomas never performs an exorcism during a work or school day but begins the rite at 5 p.m. The church is locked, and the team anoints the doors and the stained-glass windows with chrism. The subject of the demonic condition is anointed with the sacrament of the sick. The Blessed Sacrament is exposed. The rite starts with the litany of the saints, followed by Scripture readings and the renewal of baptismal promises. Then prayers are intoned declaring the authority of Christ over demonic spirits.

“What makes an exorcism never completely orthodox depends on the reaction of the demonic spirits,” Father Thomas said.

In some cases, he has seen signs of prolonged physical illness and nausea in the possessed person that almost defy belief.

“Satan wants to stay hidden,” he said. “The greatest lie is that Satan has convinced people that he doesn’t exist. The prime role of the priesthood is that we are healers of souls. In this ministry, we are in spiritual warfare. I used to think I wasn’t comfortable with that term because it didn’t seem very Catholic, but I realize spiritual warfare takes many forms. Just because we can’t see something or measure something doesn’t mean it doesn’t exist.

“However, the good news is that from the moment Jesus died on the cross, Satan lost. The battles go on, but the war’s been won. Christ is the exorcist.”

FAQ: The U.S. bishops have an online site with answers about the rite of exorcism

During the approval process the Secretariat of Divine Worship at the USCCB developed a series of frequently asked questions on exorcism. Because much of the public perception of the nature and application of exorcism is shaped by mass media, the bishops’ Committee on Divine Worship approved basic questions and answers with the hope of providing clear information on the topic.

What follows is that online resource edited for brevity, clarity and style. The full set of questions and answers can be found at http://bit.ly/2srPrs2.

What is an exorcism?

Exorcism is a form of prayer the church uses against the power of the devil.

Why does the church need exorcisms?

A: There are instances when a person needs to be protected against the power of the devil. … At such times, the church asks publicly and authoritatively in the name of Jesus for this protection or liberation through the use of exorcism.

Is there a scriptural basis for exorcism?

Are there different kinds of exorcisms?

A: There are two forms of exorcisms. Simple or minor forms are found in two places: first, for those preparing for baptism, the Rite of Christian Initiation of Adults and baptism for children both call for minor exorcisms; secondly, the appendix of “Exorcisms and Related Supplications” includes a series of prayers which may be used by the faithful.

The second is the solemn, or major exorcism, a rite that only can be performed by a bishop or priest, with the special and express permission of the local ordinary. This form is directed “at the expulsion of demons or to the liberation (of a person) from demonic possession.” (“Catechism of the Catholic Church,” no. 1673)

How frequently is a major exorcism performed?

A: The frequency is determined by the credible need for the rite. That is why establishing a diocesan protocol is important. The reason for this is not to deny access to the rite for those who are in genuine need. … Although rare, genuine cases of demonic possession should be addressed in a balanced manner with the utmost care being extended to the afflicted person.

Q: Who may perform the various kinds of exorcisms?

A: The minister of a minor exorcism is the designated authorized minister of the sacrament (RCIA or baptism for children) or blessing being celebrated. The prayers in Appendix II of the translation may be offered by any member of the clergy or the lay faithful. However, the Rite of Major Exorcism is to be celebrated only by a bishop or a priest who has obtained the special and express permission of the diocesan bishop.

Q: How does a priest become an exorcist?

A: A priest may be appointed to the office of exorcist either on a stable basis or for a particular occasion by the diocesan bishop. In either case, the exorcist should work closely with, and under the direction of, the bishop.

Q: Should other members of the faithful be present when an exorcism is performed?

A: This text strongly recommends against the exorcist working in isolation. Even though in rare instances this may be unavoidable, the practice of performing an exorcism in solitude should be discouraged at all costs.

Q: Where should an exorcism be performed?

A: The norm is to celebrate the rite of exorcism in an oratory or other appropriate place such as a small chapel discreetly hidden from plain view. It is to the advantage of the exorcist whenever possible to utilize a place that is dedicated to God’s honor and not the home of the afflicted person, for instance. 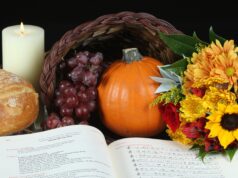 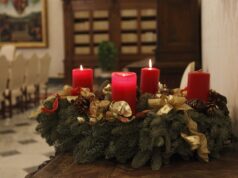