GLASGOW – In his role as president of the National Catholic Education Association, Tom Burnford visits schools across the United States. On Sept. 1, he was in the Diocese of Wilmington, where his travels took him to four schools, including Christ the Teacher.

In a meeting with school board members, administrators and pastors from two of the four sponsoring parishes, Burnford heard about Christ the Teacher’s history, enrollment and plans for the future. He talked about an article he read recently that said the Catholic school model is not working, but Christ the Teacher is an example that it can be successful.

“You’ve got something going that is working,” he said.

“We’ve got to get the word out” about Catholic schools. If that word is not spread, he continued, the “silly and wrong” perception will prevail.

Enrollment in Catholic schools across the country has declined significantly over the last 10 years, Burnford acknowledged, but approximately 2 million students still are currently enrolled.

Catholic schools have not done a good enough job in two areas that could help them greatly, according to Burnford. One is in attracting Hispanic students, and the other is in presenting themselves to the public.

At each school, he visited, Burnford heard in depth about a different aspect. His day started at St. Mark’s High School, where a student-led tour highlighted the science labs and chapel.

At Christ the Teacher, Burnford spoke with the school’s board about its expansion plans. Stephen Adams, the assistant principal, said additional space will be beneficial for many reasons. One will be a gymnasium that will have enough space on the sidelines and end lines so that the school’s athletic teams can play home games, and more practices can be held on campus.

Another is an addition of classrooms and offices, which will allow Christ the Teacher to enroll more pre-kindergarten students.

“This has been a long waiting period,” said Mercy Sister LaVerne King, the principal, adding that it is possible the expansion could be done by the 2018-19 school year.

Following an interview for the “Catholic Forum” radio program and lunch, it was off to St. Peter Cathedral School in Wilmington, with an emphasis on its pre-kindergarten. Lastly, Burnford headed to St. John the Beloved in Wilmington, where he saw how the students use Chromebooks.

Also, in each of the schools, Burnford visited individual classrooms to see the students in action, tell them about Catholic schools in the United States and field questions. 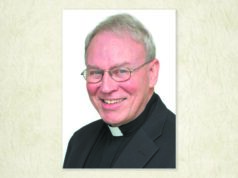 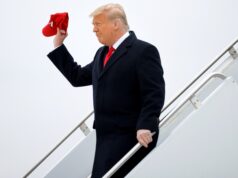