TRENTON, N.J. — The New Jersey State Assembly has passed a bill that would allow terminally ill patients to self-administer medications to end their lives.

In a vote of 41-28, with five abstentions, New Jersey lawmakers Oct. 20 passed the measure known as the “Aid in Dying for the Terminally Ill Act.” The bill now goes to the state Senate.

The bill would require patients suffering from a terminal disease to first verbally request a prescription from their attending physician, followed by a second verbal request at least 15 days later and one request in writing signed by two witnesses. In addition, the attending physician would have to offer the patient a chance to rescind their request. A consulting physician would then be called upon to certify the original diagnosis and reaffirm that the patient is capable of making a decision.

A patient must have a prognosis of six months or less to live to request and be prescribed medication under the bill.

A similar measure is currently pending in the D.C. Council, and Colorado voters will decide if assisted suicide should be allowed in their state Nov. 8. The ballot measure is called Proposition 106.

“It is our hope that the voters of Colorado recognize the flawed logic of those supporting this effort,” said a statement by the Colorado Catholic Conference, the public policy arm of the state’s bishops.

“It is illogical for the state to promote and/or facilitate suicide for one group of persons, calling the suicides of those with a terminal illness and a specific prognosis ‘dignified and humane,’ while recognizing suicide as a serious statewide public health concern in all other circumstances, and spending enormous resources to combat it,” it said.

The conference recommended that voters urge elected officials “to improve access to palliative care and hospice care for those in the final stages of terminal illness.”

Currently, assisted suicide is legal in five states: Vermont, Montana, Oregon, Washington and California. The state of California also just issued a regulation that will allow people with mental illness who have been hospitalized to request physician-assisted suicide.

Patrick Brannigan, executive director for the New Jersey Catholic Conference, said the sponsors may have introduced the bill out of compassion for people who are approaching death, adding, however, “that was unfortunate, because the finest expression of compassion is loving care that reduces or eliminates physical pain, psychological distress, depression and hopelessness, not providing someone with lethal drugs to end their life.”

Throughout the debate, many supporters of the bill have claimed that opposition to assisted suicide is based almost entirely on religious beliefs. Brannigan said that nothing could be further from the truth.

“Without question, the Catholic bishops of New Jersey and leaders of other faith-based groups, spurred by their religious belief in the sanctity of human life, have voiced strong objection” to the legislation, he said. “But many groups, including those who don’t embrace any particular faith’s doctrine, have been just as active or more active in opposing the unforeseen consequences of assisted suicide.”

For example, many oppose physician-assisted suicide because it is a direct threat to anyone viewed as a significant cost liability to a health care provider. That’s a position supported by Dr. Matthew Suh, who before the vote, had been part of an Advocacy Day in the State House Annex for those against the legislation to make their voices heard. During the event, physicians and those with terminal illnesses and disabilities spoke during a news conference organized by right-to-life and religious advocacy groups.

Suh cited cases in which those in states with assisted suicide laws were denied access to health care unless it was for life-ending measures. “The public isn’t hearing about people who are having their care denied,” said Suh, a surgeon and oncologist.

In a public statement, Assembly Democrat John Burzichelli, the bill’s main sponsor, said, “This discussion is about revisiting a statute last looked at in 1978 that never took into account an individual’s right to control their body and their circumstances.”

“Like society, medicine, palliative care and hospice services have changed dramatically since then. While there are many choices available right now that may be right for certain people, there is one more choice, not currently available, that deserves an honest discussion,” he said.

Suh said proponents he has spoken to admit that pain isn’t the underlying issue when it comes to the legislation, but rather the idea of death and dying in comfort.

The bill is “trying to address fear, and no amount of legislation is going to take away that fear,” he said.

Specifically, the bill defines a terminal illness as incurable and irreversible disease that will result in a patient’s death within six months. It provides that a patient may make a written request for self-administered medication to end his/her life in a humane and dignified manner if the patient: is an adult resident of New Jersey; is capable and has been determined by the patient’s attending physician and consulting physician to be suffering from a terminal disease, and has voluntarily expressed a wish to die.

A valid request for medication under this act must be signed and dated by the patient and witnessed by at least two individuals who, in the patient’s presence, attest that to the best of their knowledge and belief, the patient is capable and is acting voluntarily to sign the request. Only these patients would be permitted to administer the drug themselves.

Patricia Staley, a hospice nurse from Mercer County who spoke during Advocacy Day, said none of the thousands of patients she’s cared for has ever expressed an interest in suicide.

“It is not being requested by the patients, their family or their caregivers,” she said. “What is requested is pain relief, physical support, spiritual guidance and healing of family relationships.”

Mauro is associate editor of The Monitor, newspaper of the Diocese of Trenton. 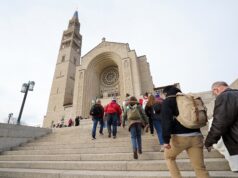 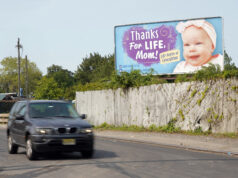 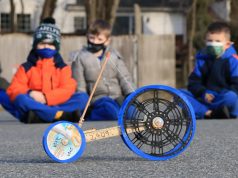