WILMINGTON – Padua scored two runs in the bottom of the sixth inning to take a 3-2 softball win over Catholic Conference rival Ursuline on Friday afternoon at a cool Midway Softball Complex. Padua, ranked fifth in the state, remained undefeated in three games.

The go-ahead run scored when Anna Zebley smashed a ball back toward Raiders pitcher Antonia Browning that went for an infield single. Caitlyn Baxter, who had bunted for a single four batters earlier, scored on the play, although it was not without controversy.

Ursuline coach Beth Weaver immediately asked the home-plate umpire to call Zebley out and negate the run. Zebley was wearing a Padua softball hoodie over her uniform with a number on the back that was different from the number on her uniform and the official roster. The umpires noted that Zebley had worn the hoodie throughout the game without any problems, but Weaver officially protested the game.

The disagreement was only a slight distraction in what was a crisp, well-played game between the archrivals. Ursuline, which came into the game at 0-1, took a 2-0 lead in the first inning on a couple of unearned runs, then watched Browning start mowing down the Pandas, throwing five no-hit innings, striking out three and allowing few balls to leave the infield. Padua, meanwhile, settled down after the first, and pitcher Abby Cunningham struck out 10 in a complete-game win.

The Pandas’ winning rally began with a single up the middle by Hannah Williams, the team’s first hit of the day. She stole second and took third on Baxter’s bunt single, which was meant to be a sacrifice. Kierstin Fallers drove in Williams with a groundout to second base, with Baxter advancing to third. The Raiders got the second out on a soft liner, but after a batter reached on a hit by pitch, Zebley got the go-ahead run home.

Cunningham ended the game with a 1-2-3 seventh.

The game started inauspiciously for Padua, the Raiders’ leadoff hitter hit a ground ball to third, and no one was covering first base. The ball sailed out of play and the runner took second. Caroline Taylor sent a swinging bunt over the third baseman’s head for a single, with the runner taking third. One out later, Rory Kendle singled hard down the third-base line, scoring the first run.

With runners on first and third, Kendle took off for second. Padua catcher Williams threw the ball to the second baseman, who was stationed a few feet behind and to the left of the pitcher’s circle. The ball glanced off the fielder’s glove, allowing Taylor to score.

Browning was cruising, allowing just one runner through three innings, and she reached on an error. In the fourth, however, Padua scored without the benefit of a hit. Cunningham reached on a fielder’s choice and was on first with two outs. Cam Mitchell came in as a courtesy runner and promptly stole second and third. Mitchell scored when a throw back to Browning went under her glove and under the shortstop’s glove into center field.

Despite the errors, the contest featured some outstanding fielding. In the third, Padua third baseman Alexandra Musial speared a line drive and threw to first for a double play. Fallers saved at least one run and probably two with a diving catch in left center field to end a fifth-inning threat by Ursuline. Raiders shortstop Kendle closed out the bottom of the fifth by going hard to her left to play a grounder by the bag and threw out the runner. And with the bases loaded and two outs in the top of the sixth, Padua’s Gabriela Frabizzio fielded a ground ball that drew the first baseman off the bag, then outran the Raiders’ runner to first.

Padua hits the road for the next four games, beginning Tuesday at St. Mark’s at 4 p.m. The Raiders dropped their second one-run decision. They, too, play on Tuesday at 4 p.m., visiting Appoquinimink. 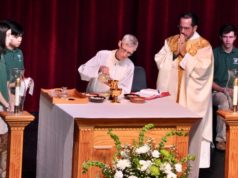 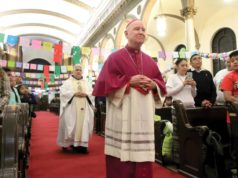 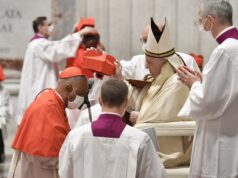