VATICAN CITY — Faith is not about appearances and superficially following the laws with a heart that resists detaching itself from greed and evil, Pope Francis said in a morning homily.

God wants to see a faith that inspires action and is “working in charity,” making sacrifices for others, the pope said Oct. 14 during his morning Mass in the Casa Santa Marta where he lives.

“Jesus condemns this cosmetic spirituality — appearing good, beautiful, but the truth that’s inside is a whole other thing,” he said, according to Vatican Radio.

“Jesus condemns people with good manners but bad habits, those habits you can’t see, but are done on the sly. But the appearance is alright: these people who like to stroll in the square, be seen praying, ‘disguise oneself’ by seeming a bit weak when fasting,” he said.

St. Luke in the day’s Gospel reading (11:37-41) details how Jesus admonishes the Pharisee who is shocked when Jesus doesn’t observe the prescribed washing ritual before the meal.

Also St. Paul in his Letter to the Galatians (5:1-6), also read at the Mass, says people “who are trying to be justified by law” are separated from Christ and fallen from grace. That is because the only thing that counts for Jesus is “faith working through love,” the pope said, citing St. Paul.

“The law by itself doesn’t save,” nor does just reciting the Creed; “it’s a motionless faith,” he said. Faith must lead to charity and sacrificing for others, the pope said.

The Bible is not speaking only of almsgiving, but about a true detachment “from the dictatorship of money, from the idolatry of cash. All greed distances us from Jesus Christ,” he said.

The pope then told a story about a very wealthy woman who wanted to give the late Jesuit superior, Father Pedro Arrupe, a donation for mission work in Japan.

Father Arrupe, who led the Jesuits from 1965 to 1983, went to meet the woman and saw that she had invited the media to cover it as some kind of event, the pope said.

The priest felt “great humiliation,” but accepted the money because it would be for the poor in Japan, the pope recalled. But when Father Arrupe “opened the envelope, there was 10 dollars” inside.

Pope Francis asked people to reflect whether “ours is a cosmetic Christian life of appearances or a Christian life with the faith working in charity?”

Jesus advises everyone to “never blow a horn” about their good deeds and to “never give just the leftovers,” but to make a true sacrifice for others, he said. 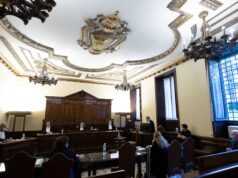 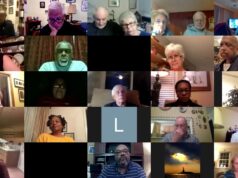 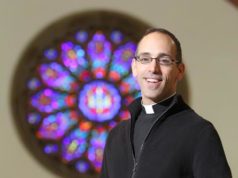