CLAYMONT – Two big innings at the plate, along with a strong pitching performance, helped Red Lion to a 13-1 win over Archmere in Diamond State Athletic Conference softball on April 23. The win snapped a four-game losing streak for the Lions.

The score was tied, 1-1, when the Lions had their first six-run frame in the third. They scored all those runs on just two hits, but both were key. A walk and error put the first two Lions on base, and when Liv Marinucci went to steal second base, Rachel Crane came home on the throw to the shortstop. Another walk and a hit batsman loaded the bases, but Auks pitcher Lauren Simpson got the second out on a popup to third baseman Maddie Wallace. Regan Mendick came through for Red Lion, however, sending a flare to short center field. That cleared the bases.

Two more walks loaded the bases once again, and this time, Peyton Pusey hit a Texas League double just out of the reach of Auks shortstop Annie Penrod. Mendick and Kylie Saienni came home, giving the Lions a 7-1 lead.

That was more than enough for Red Lion pitcher Caroline Paolantonio. She allowed a first-inning run after Penrod led off with a double, advanced to third on a single and scored on Ciara Trigg’s groundout. Other than that, she was nearly unhittable. Penrod and Trigg singled in the third, but that was the last inning in which the Auks would get a batter on base. Paolantonio retired the final 10 Auks she faced. She finished with seven strikeouts.

Red Lion erased any doubt about the outcome with six more runs in the seventh.

The Auks dropped to 4-7 and will travel to William Penn on Thursday at 3:45 p.m. The Lions are now 4-6 and return home this Saturday for a meeting with Wilmington Charter at 1 p.m. 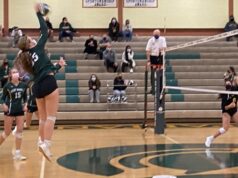 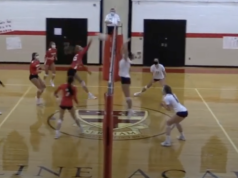 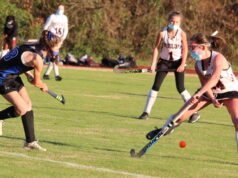