Winter sports begin this week under strict COVID-19 protocols, but for the athletes and their coaches, that’s better than the alternative. High school basketball picks up a new season more than 10 months after the last games were played. Wrestling had the final state championship competitions of the 2019-20 high school season, shortly after the swimming titles had been awarded. Basketball never made it that far.

The players will be wearing masks, except for the swimmers. Seasons have been shortened, and indoor track will not be contested because of a lack of facilities. But there will be games, although attendance will be limited to one spectator per athlete, at least for the first few weeks. (Some schools will not be allowing fans at all.)

All of these games and meets are subject to last-minute date and time changes, or to postponement or cancellation.

Saint Mark’s at Wilmington Charter, 3:30 p.m. Saint Mark’s won its first 10 games last season and made the state tournament, falling in the first round to Caravel. The Spartans lost just one senior from that team, so they bring back a lot of experience.

Padua at Caravel, 6:15 p.m. Padua opens on the road against one of the state’s perennial powerhouses. The Pandas were hit hard by graduation and are will be mixing their returning players with several sophomores and freshmen.

St. Elizabeth at Ursuline, 7:15 p.m. The Vikings and Raiders usually meet in January, but it’s never the first game of the season. Despite saying goodbye to three starters from last season’s excellent team, St. Elizabeth again figures to be near the top of the rankings in Delaware, as several talented scorers are back. The Raiders finished under .500 and still reached the second round of the tournament, giving powerhouse Sanford its toughest game. Ursuline graduated just one senior and had six freshmen on the roster last season, and senior Lauren Dorsey should return after missing last year because of an injury.

Archmere at Delaware Military, 6:15 p.m. Four starters are gone from last year’s Auks, who reached the quarterfinals of the state tournament, but the outlook is bright for this team. Half of the 14 players are seniors, including several who received significant playing time last year, and there are also talented underclassmen on the roster.

Delaware Military at Archmere, 6:15 p.m. The Auks will bring some height to the Diamond State Athletic Conference this season. They are looking to improve upon last season’s 11-9 mark with a group heavy on juniors and seniors.

Salesianum at Saint Mark’s, 7:30 p.m. Nothing like starting the season against your biggest rival. The Sals will have a large group of seniors on the floor, with height inside and capable shooters outside in Justin Molen and Rasheen Caulk. The Spartans have a number of new faces suiting up this season, but forwards Jabri White and Nick Timmons are back to give them a presence under the hoop.

Delaware Military at St. Elizabeth, 3:15 p.m. St. Elizabeth will have some new players this year, but veteran Jaden Dickerson is back and should be the clear leader. The supporting cast includes Jermai Herring, who impressed as a freshman last season, and junior Kye Rawls. 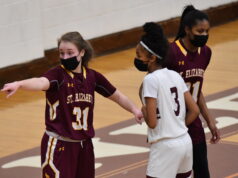 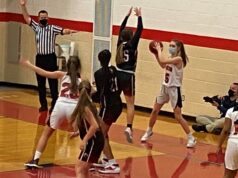 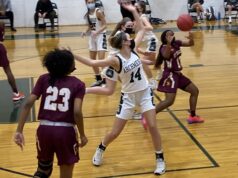