WILMINGTON – Wilmington Charter’s girls soccer team trailed for the first time all season early in the first half against Padua in the Division I showdown on May 6, but the Force kept their composure and rebounded for a 2-1 overtime victory. No. 2 Charter’s first win over the top-ranked Pandas since 2014 came before a large, enthusiastic crowd on a sun-splashed afternoon.

Padua applied heavy pressure throughout the afternoon, but they found it tough to finish. Force goalkeeper Gabby Simmons, who had allowed just one goal coming into the game, was partially responsible, as was the inability for the Pandas to finish on a number of quality opportunities. They would come to regret those near-misses later on.

The Pandas opened the game with the ball, and they immediately drove downfield and sent a shot wide. In the next four minutes, another shot would go just high, and a third wide to the right. Padua kept the attack on, and it paid off in the 11th minute. Sophia Marini caught up to a long pass, dribbled through a few Charter defenders and crossed to Brieana Hallo. The sophomore drilled a shot over Simmons’ head for the early lead.

Marini nearly doubled the lead three minutes later, but her shot sideswiped the outside of the net. Simmons came up big on a header off a Pandas free kick just after that. Padua picked up its first corner kick in the 21st, but the resulting shot was too high. A free kick from 23 yards out clanged off the football goal post upright in the 32nd.

Two minutes later, Simmons helped her team’s cause with a spectacular sliding save of a point-blank shot that resulted from a Pandas steal. The Pandas had another chance before the half ended, but a header off a corner kick was just wide.

Simmons continued her goalkeeping ways after the half, stoning Paige Kenton from a few feet away a few minutes in. A Pandas chip shot in the 48th minute got behind Simmons, but the keeper dove on the slow roller before the entire ball crossed the goal line.

The Force had many fewer chances, but they took advantage when necessary. They broke through in the 61st minute. Sophia Gulotti found herself alone in front of Pandas keeper Sophia Gonser. Gonser stopped two shots from very close distance, but Gulotti picked up her own rebound after the second shot and sent a left-footer over the fallen keeper to level the score. That would be it until the sudden-death overtime period.

Jaiden Vega lifted the ball downfield on a counter, and Sheyenne Allen did the rest. Her blast in the 88th minute allowed the Force to remain undefeated.

Simmons had eight saves for the Force, who improved to 11-0-1. They host Newark Charter on Wednesday at 5 p.m. 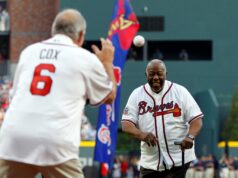 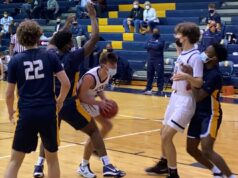