VATICAN CITY — Los Angeles Auxiliary Bishop Gabino Zavala has resigned after disclosing to superiors that he is the father of two children.

The Vatican announced the bishop’s resignation Jan. 4 in a one-line statement that cited church law on resignation for illness or other serious reasons.

Los Angeles Archbishop Jose H. Gomez announced the “sad and difficult” news in a letter to Catholics in the archdiocese. He said Bishop Zavala, who was auxiliary bishop for the San Gabriel pastoral region, had informed him in early December that he is the father of two minor teenage children who live with their mother in another state.

“The archdiocese has reached out to the mother and children to provide spiritual care as well as funding to assist the children with college costs. The family’s identity is not known to the public, and I wish to respect their right to privacy,” Archbishop Gomez said. He asked prayers for all those affected by the situation.

Bishop Zavala’s resignation leaves a vacancy in the chairman’s position of the U.S. bishops’ Committee on Communications. Mercy Sister Mary Ann Walsh, director of media relations for the U.S. Conference of Catholic Bishops, had no immediate announcement about who would assume the chairmanship.

“There won’t be anything here for a day or two,” she said.

Tod Tamberg, Los Angeles archdiocesan spokesman, said the archdiocese had received questions about the possible usage of archdiocesan funds by the bishop to support his children and their mother. He said a financial audit of the San Gabriel pastoral region budget found everything in order.

“There’s been no indication of mismanagement or misuses of archdiocesan funds,” Tamberg told Catholic News Service.

“This is unexpected, sad and disorienting news for many who know and like him,” he said.

Bishop Zavala has been a long-time social justice advocate. He became the bishop president of Pax Christi USA, the American arm of Pax Christi International, in 2003.

In a posting on its website, Pax Christi USA gave no indication of who would succeed Bishop Zavala.

“As suggested by Archbishop Gomez in his letter to Catholics in the Archdiocese of Los Angeles, we offer our prayers for all those involved and all those who are affected by this news during this difficult time,” the statement said.

Throughout his tenure in Los Angeles, Bishop Zavala has spoken on behalf of working-class Americans, immigrant rights, ending the death penalty and reforming the criminal justice and prison systems. He also co-chaired Encuentro 2000, the U.S. bishops’ jubilee year gathering to celebrate and better understand the ethnic diversity of the U.S. church.

Born in Guerrero, Mexico, Bishop Zavala grew up in Los Angeles. He was ordained in 1977 and was named a bishop in 1994. 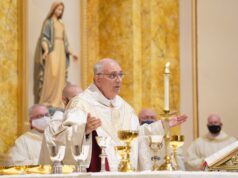 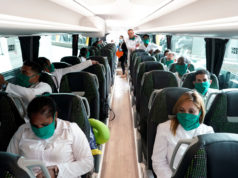