Born June 11, 1959, and raised in the Philadelphia neighborhood of Manayunk, Bishop Thomas, 55, has been an auxiliary bishop in his hometown since 2006. He was ordained for the Philadelphia archdiocese in 1985, after attending the local St. Charles Borromeo Seminary and obtaining his licentiate in sacred theology from the Pontifical Gregorian University.

He was named to what has been a vacant see since October, when Bishop Leonard P. Blair was named Archbishop of Hartford, Conn.

At a news conference in Toledo Aug. 26, Bishop Thomas expressed his gratitude to Pope Francis, to his predecessor in Toledo and to Father Charles Ritter, who has served as diocesan administrator since Bishop Blair left. He joked about having the same name as the late actor Danny Thomas, but said the important way to identify himself is by “simply stating ‘I am a Roman Catholic bishop,’ I think should say it all.”

In Philadelphia, Archbishop Charles J. Chaput said the appointment “demonstrates the confidence our Holy Father has in Bishop Thomas’ pastoral and administrative skills.” He said that since he arrived in Philadelphia almost three years ago, he has “witnessed (Bishop Thomas’) wisdom, intelligence, personal warmth and keen affection for the people of God.”

“The Diocese of Toledo has been given a true gift in Bishop Thomas,” the archbishop said. “I know he will serve them well as a faithful shepherd and spiritual father.”

Bishop Thomas was ordained a priest by Cardinal John Krol in 1985 and ordained an auxiliary bishop by Cardinal Justin Rigali in 2006. The son of the late Francis and Ann Thomas grew up in Holy Family Parish. He graduated in 1977 from Roman Catholic High School before entering St. Charles Borromeo Seminary.

Following his ordination as a priest, and studies at the Gregorian University, he worked in the Vatican’s Congregation for Bishops for 15 years.

He returned to Philadelphia in 2005 as pastor of Our Lady of the Assumption Parish in Strafford before his ordination as bishop a year later. As an auxiliary bishop, he was responsible for administrative oversight of the Department for Media Affairs, the Office for Clergy, the Office for Vocations to the Diocesan Priesthood and for Region II, a grouping of 57 parishes in Montgomery County and Northwest Philadelphia.

Bishop Thomas has served on various archdiocesan boards and remains a member of the United States Conference of Catholic Bishops’ committees for Clergy, Consecrated Life and Vocations, the Ad Hoc Committee on Catechism, and the Committee on Divine Worship. He is also a member of the National Advisory Council for the Saint John Vianney Center in Downingtown, Pennsylvania, and the Episcopal Advisory Board for the National Conference of Diocesan Vocation Directors.

Bishop Thomas will lead a diocese that is home to 124 parishes and 320,000 Catholics out of a total population of 1.46 million. Founded in 1910, the diocese covers 19 counties in northwest Ohio between Cleveland and Detroit, an area roughly four times larger than the Archdiocese of Philadelphia. 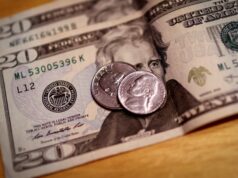 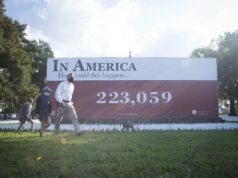 We’re tired, anxious and struggling — We need to open our hearts to hear your word: Laura Kelly Fanucci