A statement from the Trenton diocese said the surgery was successful and the bishop is “resting comfortably.” He was staying in the hospital for a few days of observation before going to a nearby rehabilitation center.

“He is expected to make a full recovery, and will be fitted for a prosthesis at a time to be determined by his doctors,” the statement said.

Bishop O’Connell, 59, was named coadjutor bishop of Trenton in June 2010 and ordained a bishop in July of that year. Prior to this assignment, he had been president of The Catholic University of America in Washington for 12 years. He had also been acting vice president and dean at Niagara University and associate dean at St. John’s University in Jamaica, New York.

The bishop, a member of the Vincentian religious order, ordained in 1982, holds a doctorate in canon law from Catholic University.

As Trenton’s bishop, he has focused on the catechetical development and promoting vocations. In October 2012, as part of the Year of Faith, Bishop O’Connell convened a diocesan Eucharistic Congress attended by 20,000 people. He also wrote his first pastoral letter: “One, Holy, Catholic, Apostolic Church: I Believe, We Believe.” 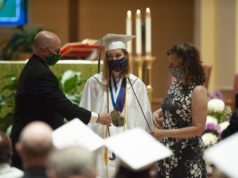 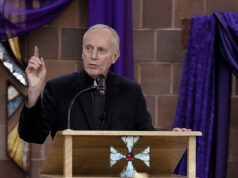 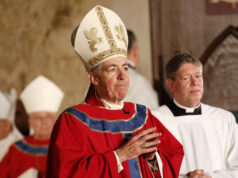