In keeping with its now-traditional practice of injecting drama into the otherwise lazy days of late June, the Supreme Court on Monday announced rulings in two closely watched and hotly debated cases. Although the implications of these rulings remain to be seen, their cultural — and political — relevance is crystal clear.

In National Institute of Family Life Advocates v. Becerra, a 5-4 majority of the court struck down California’s requirement that pro-life crisis-pregnancy centers publicize the availability of state-funded abortions and other services. And, in Trump v. Hawaii, the same five justices concluded that the administration’s so-called “travel ban” is within the president’s broad legal authority over immigration and national security matters.

The Becerra ruling is, of course, a “win” for the pro-life movement and for the many crisis-pregnancy centers that generously, and successfully, support women and help them make the choice for life. It is also a sound application of well-established rules and precedents.

The California rules in question are not directed at patient safety or at making sure women are fully informed about their medical care. Instead, they are targeted, burdensome and ideologically one-sided efforts by one side of the abortion debate to enlist the aid of the state against the other side.

The justices reaffirmed the long-standing rule that the First Amendment usually does not permit the government to regulate messages it disapproves or to require private speakers to express state-approved messages.

It is worth emphasizing that Justice Anthony Kennedy, who supports abortion rights but is deeply committed to the freedom of speech, went beyond the majority in condemning California’s attempt to distort the marketplace of ideas. He reminded readers that “history … shows how relentless authoritarian regimes are in their attempts to stifle free speech” and insisted that “governments must not be allowed to force persons to express a message contrary to their deepest convictions.”

In the “travel ban” case, challengers had argued that the president’s proclamation limiting the entry into the United States of foreign nationals from certain designated countries not only violated federal immigration law but also violated the First Amendment’s establishment clause, because it discriminated against Muslims and was the product of the anti-Muslim bias, prejudice and animus.

Chief Justice John Roberts, writing for the majority, did not endorse or excuse the president’s various anti-Muslim tweets, speeches and statements, and instead ruled that they did not necessarily require the invalidation of the proclamation, given that a “rational basis” — apart from anti-Muslim bias or political pandering — exists for the policy.

He relied on earlier cases that had emphasized the president’s broad power over “the admission and exclusion of foreign nationals” and the importance of judicial deference and restraint regarding matters “within the core of executive responsibility.”

Those challenging the “travel ban,” like the dissenting justices, are correct to insist that government actions that discriminate on the basis of religion or that stigmatize and demean members of minority religions are unjust and unconstitutional.

They are also correct that the current president, before and since his election, has said many foolish, offensive, hurtful and even hateful things, about Muslims and others.

The majority acknowledged that the president “possesses an extraordinary power to speak to his fellow citizens and on their behalf” and suggested, subtly but clearly and correctly, that the current president has abused that power.

However, they insisted, “the issue before us is not whether to denounce the (president’s) statements.” Instead, “we must consider not only the statements of a particular president, but also the authority of the presidency itself.”

The facts that the president possesses wide discretion with respect to immigration decisions and the courts have only a limited role in second-guessing that discretion makes it all the more important, as Justice Kennedy put it in his concurring opinion, for presidents to take their oaths seriously and “to adhere to the Constitution and to its meaning and its promise.”

Richard W. Garnett is the Paul J. Schierl/Fort Howard Corporation professor and concurrent professor of political science at the University of Notre Dame. He is founding director of Notre Dame Law School’s program on church, state and society. 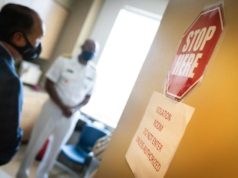 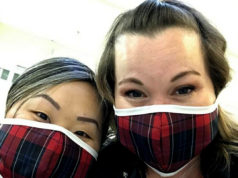 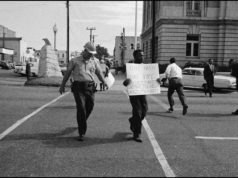