Home Letters Letters to the Editor

Willing to make donation for paper

I’ve noticed that the newspaper of the Archdiocese of Philadelphia is offered for sale in the local churches at $1 each.  While this may pose a hardship to some who desire the latest Catholic news, I do think that there are people like myself who would be willing to pay $1 for the privilege of continuing this prize-winning newspaper.

Maybe a free will donation box at each church would further help offset the production costs of this fine newspaper.  Not knowing the actual financial situation of the Dialog, I thought that I’d pass this on as a possible suggestion to ensure it’s continued publication.

Thanks for the great job that you do.

I’m writing to express our thanks to Bishop Malooly, the Diocese of Wilmington, St. Jude the Apostle Church, its pastor, Father James D. Hreha and the people of St. Jude.

Margaret and I were honored by receiving the diocese’s Medal of Merit Oct. 16. We were so overwhelmed with joy and gratitude when told that we were to be so honored. We want to say that this honor was only deserved with the help of all the people of ministry in our parish with whom we have worked and who also deserve this honor.

Message of Fatima is continuing

Thank you for the wonderful promotion of devotion to our Blessed Mother the Oct. 14 Dialog. This is a great month to reflect on her ongoing concern for us and the fact that the message of Fatima is not over.

Pope Benedict XVI at the esplanade of the Shrine of Our Lady of Fatima, May 13, 2010, made the statement that “we would be mistaken to think that Fatima’s prophetic mission is complete” and renewed the appeal to listen to our Blessed Mother.  He ended his homily with “May the seven years which separate us from the centenary of the apparitions hasten the fulfillment of the prophecy of the triumph of the Immaculate Heart of Mary, to the glory of the Most Holy Trinity.

• Oct. 13 is the feast day of St. Edward the Confessor, before whose tomb the pope and archbishop prayed the previous September.

The appeal of Pope Benedict XVI at Fatima in 2010 seems a repeat of a similar appeal of another Pope Benedict in May of 1917 when he prayed to the Blessed Virgin Mary to intercede for peace in the world. A week later she first appeared at Fatima with the peace plan from heaven. 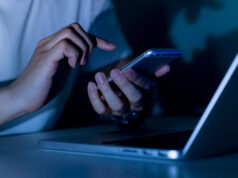 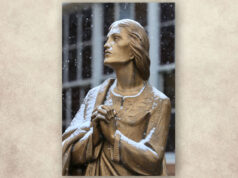 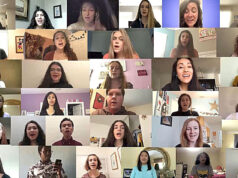