In recent years, the church leaders have wisely expressed deep concern over the growing lack of respect surrounding funerals and the proper care for the earthly remains of the faithful departed.

It’s good to remember that the glory of Christ’s resurrection was first revealed to those on a mission of mercy to the tomb to wash and anoint Jesus’ body in accordance with Jewish burial customs.

Early Christians believed burial of the dead was an important act of charity; so the bodies of the faithful departed were laid to rest with reverence recognizing that a body as a temple of the Holy Spirit was a sacred vessel.

Consider that during the 2nd century A.D. the burial places for persecuted Christian were the catacombs where celebrations of the Lord’s Supper were held in secret for fear of persecution. Many martyrs of the early church were laid to rest in the catacombs, which still exist today. Throughout the Middle Ages into modern times, Christians have always regarded the burial of the dead as a sacred duty.

In the latter part of the 19th and early part of the 20th century in America, the activities surrounding death were handled directly by family members. Many years ago an aunt of mine recounted the death and burial of her mother on a family farm in Virginia.

“Mother died in her bed and was immediately washed and dressed by her two sisters. All the children were called into the room to tell their mother good-bye. Her eyelids were held shut by two coins.

“My father went to the workshop where he made a wood coffin to hold mother’s body. She was placed in the homemade coffin and a prayer service was held at the farm cemetery where my brothers had dug the grave. We then helped fill in the open grave and set about gathering wildflowers to place on her grave.”

My mother vividly recalled the passing of her mother in 1927. She said the funeral director came to take her mother’s body. A few days later the window sashes had to be removed to allow the casket to fit into the front parlor. A viewing was held in the family home and the body was left overnight, during which the family took turns sitting with the body. The next day the window sashes were removed again and the casket was taken to St. Hedwig’s Church for the Requiem Mass followed by burial in Cathedral Cemetery.

As my mother grew up, a regular part of her Sunday afternoons were spent visiting her mother’s grave, often taking flowers from the backyard of her family home.

In both instances the families were actively involved in witnessing the passing of a loved one and performing many duties to lay their loved ones to rest. Death was much more common among the young and death was part of life that had to be attended to.

Today, we find that the process of dying and the interaction with the bodies of the deceased loved ones is minimal and, at times, nonexistent. Families opt for immediate cremation with a celebration of life at a later date. There is no real time of public mourning and no opportunity for the community to acknowledge the loss of one of their own.

Moreover, if cremation is chosen, sometimes the cremated body may be unclaimed at the funeral home, placed on a cupboard in the home or scattered. None of these practices is the respectful disposition of a cremated body.

I find such trends to be deeply troubling and I applaud the consistency of the church in urging that the complete Catholic funeral rites be held for all the faithful departed. The wake with the body present followed by the Mass of Christian Burial and then final disposition either by burial or cremation and final committal of the cremated body in a cemetery remains the recommended practice for Catholics in the Diocese of Wilmington.

As the late Bishop Saltarelli said in 1999, “No economic consideration, no time management concern, should prevent us from working together to give our faithful departed the necessary spiritual and emotional support derived from a full participation in the Catholic funeral ritual. I appeal to family members making decisions about funeral arrangements for their relatives. Please consider the deepest hopes and desires of your loved ones in their best days and make the right choice. Participation in these rites will be a moment of grace for you and your family.”

In order to ensure that your wishes are followed, you should write down your specific wishes and have this important conversation with your family before the need arises. There are a variety of on-line sites designated for planning your funeral and Catholic Cemeteries’ Family Services department offers a Family Record guide and other funeral planning booklets to assist you in documenting your final wishes. A few minutes spent in thoughtful preparation and honest dialogue will prevent days of anguish and uncertainty in the future.

Mark Christian is executive director of Catholic Cemeteries for the Diocese of Wilmington. 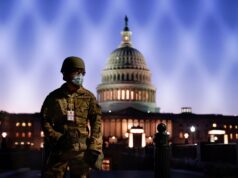 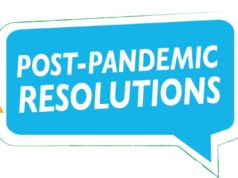 We need grace to succeed in our resolutions — Katie Prejean McGrady