Home Opinion Viewpoint: For those who have eyes to see

The following guest commentary is excerpted from the July 12 issue of the Clarion Herald, newspaper of the Archdiocese of New Orleans. It was written by Peter Finney Jr., executive editor and general manager. It was written before three police officers were killed in Baton Rouge, La., but it remains pertinent.

The scholar of the law, because he wished to justify himself, asked Jesus: “And who is my neighbor?”

A week of black and white bloodshed in America — from Baton Rouge, Louisiana, to St. Paul, Minnesota, to Dallas — leads directly to Jerusalem and Jericho.

For hundreds of years, families and merchants from Jerusalem, a city perched 2,500 feet above sea level, traversed the 18-mile road “down” to Jericho, an oasis outpost in the desert resting 825 feet below sea level.

Because of the presence of so many travelers, carrying money and goods, and the desert-like terrain close to Jericho, the Jerusalem-to-Jericho road provided thieves with a golden opportunity for ambush and safe retreat.

We all know the story Jesus told the scholar, which speaks so directly to us today in our inscrutable search for a common humanity: Is the half-dead robbery victim in the ditch on the side of the road our neighbor?

The priest and the Levite walked to the other side (how many times have we done that, saying, it’s someone else’s problem). The Samaritan, the ultimate anti-Jew, salved the victim’s wounds but also hoisted him on his animal, carried him to the inn and paid for his care.

Just as Jesus eviscerated racial and ethnic stereotypes with the truth about our common humanity, stories that made many of his fellow Jews squirm by shattering their sense of entitlement and superiority, he speaks to us in America today, so blinded by race on the road to Jericho.

We all need to see again.

3-D ultrasounds now show with clarity and cinematic grace the God-given glory of the unborn child.

Our collective humanity is strained, however, when our cellphones and surveillance cameras record moments of life, followed by death.

Just as ultrasound changed forever the abortion debate, no longer can anyone with the ability to fog a mirror deny the unique humanity of the unborn child; cellphone video has transformed how we view life, especially when the video’s final frame ends in death.

In instances of police shootings captured on video, the images often are the most compelling piece of evidence. Do pictures ever lie? Sometimes. In some cases, they fail to show what led up to the shooting or what may not be seen if the images had been taken from another angle. In other cases, the pictures are inconclusive.

But sometimes, the video and audio are so clear the only defense, the defense of last resort, is: “Who are you going to believe, me or your lying eyes?”

There’s a reason every police department in America is moving in the direction of equipping its officers with body cameras. The cameras don’t misremember. They don’t blink. The red light is always on.

In cases of life and death, body cameras often provide irrefutable evidence that the police followed or did not follow proper protocol. As a society, we need that pro-life protection and reassurance.

In the wake of the recent shooting death of Alton Sterling outside a Baton Rouge convenience store by two sheriff’s deputies, Gov. John Bel Edwards made the right call in asking for an independent investigation by the U.S. Department of Justice and the FBI. Justice demands a rigorous, honest and unfettered investigation, which includes collecting video evidence and eyewitness accounts of what happened.

While we need to suspend judgment in determining culpability in the shooting deaths of Sterling in Baton Rouge and Philando Castile in St. Paul until all the facts are gathered, multiple videos capturing the confrontations no doubt will play a major role in assessing accountability.

The “payback” killings by a sniper, blinded by hate, of five white police officers in Dallas was a crime against our common humanity. Officers Brent Thompson, Patrick Zamarripa, Michael Krol, Michael Smith and Lorne Ahrens laid down their lives protecting ours — black, white and every color in between.

We cannot walk to the other side of the road. The videos won’t let us. They force us to confront the evidence. Twenty-five or even 10 years ago, we would not have the same level of evidence that we have now to make an informed decision. Back then, cases of rogue or unrestrained police behavior could be swept under the rug.

Those days are over. In a case of life and death, “he said, she said” evidence pales in comparison to “we saw” evidence. The video technology producing such evidence is a pro-life tool that promotes a just society.

Life matters, and we need to give thanks that we have more tools to protect and nurture it. Now all we need is the will to do exactly that. Our road to Jericho demands it. It is a long, weary road. 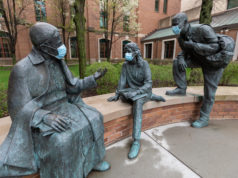 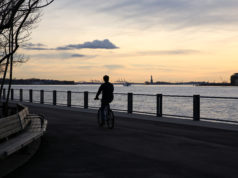 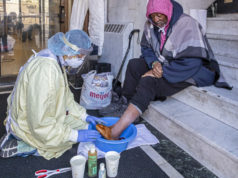