CLAYMONT – Four different players scored for Lake Forest as the Spartans defeated Archmere, 4-2, in a Division II field hockey quarterfinal-round playoff battle Nov. 11 in Claymont. Lake moves on to the semifinals, where it will meet top-seeded Delmar on Wednesday.

The fifth-seeded Spartans dominated possession in the first half on a cool, breezy day, picking up four penalty corners to none for the No. 4 Auks. Archmere keeper Mady McDougal helped keep the game scoreless with several saves, but the Spartans could be kept off the board for only so long.

With 17:13 to go in the half, Lake Forest’s Elle Wood took a crossing pass near the edge of the scoring circle to the right of the goal. Her shot found the far side of the cage, and the Spartans had a 1-0 lead. The defense continued throughout the remainder of the half, and it was a one-goal difference at the break.

That changed in the second half, when five goals were scored. It started with more defense, however, as McDougal recorded two kick saves in the first minute. The Auks earned their first penalty corner two and a half minutes in, and they took advantage. Maddie Law inbounded the ball to Caroline Donovan, who settled the ball, worked around one defender, and sent a shot through a screen with 27:02 on the clock.

The tie was short-lived, however. Lake took advantage of its own penalty corner, and a shot by Hailey Moore was deflected high into the top corner of the cage for the 2-1 lead with 23:13 to go. Kaitlyn Stahre picked up the assist.

The Spartans extended the lead to two with 9:45 remaining, again off the corner. This time, Grace Aguilar wound up from the edge of the circle and sent it home, with the assist to Moore. Archmere battled, but Lake added some insurance at the 3:54 mark. This time, Emma Guzior’s deflected shot got through. 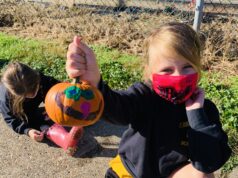 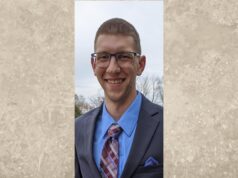 ‘One of Us’ podcast: Chris Webb’s introduction to Catholic faith guides his efforts at Immaculate Conception in Elkton