CLAYMONT – Eighth-grader Stefanie Kulesza took a pass from her sister, Julie, after a steal and converted a lay up with two seconds left to give fourth-ranked Conrad a 45-44 win over No. 5 Archmere in Diamond State Athletic Conference girls basketball on Dec. 13.  The win was Conrad’s first ever over the Auks and capped a furious fourth-quarter comeback.

The first quarter saw a series of runs by both teams. Conrad got the first three points, but the Auks responded with the next five,- including a pair of mid-range jumpers by senior Danaziah Brown.  Conrad scored the next seven, including a three-pointer by Stefanie Kulesza.

Brown then took over the second quarter as she hit three three-pointers, and sophomore Emma McCann hit one as the Auks took a 23-18 lead into the half.

The Auks opened the fourth quarter with a quick six points thanks to two field goals by Stewart and a bucket by Amanda Denning to lead, 43-34, with 5:31 left. That is where Conrad started taking over as another triple by Stefanie Kulesza and and old-fashioned three-point play by her sister cut it to 43-41. Stewart hit the front end of a one-and-one for a three-point Auks lead. Conrad got to within 44-43 and then earned the winning play thanks to its defense.

Stefanie Kulesza finished with 20 points and credited Julie, a freshman, with creating the winning opportunity.

“I saw my sister playing good defense and I knew she would steal the ball, and I had to make the shot,” she said.

Julie Kulesza added 14 points and talked about the resolve of the team. “We are a resilient group of girls and we never thought we were out of the game.”

Conrad, which improved to 5-0, hosts Mount Pleasant on Thursday at 5 p.m.

Brown lead the Auks with 15 points, while Stewart had 11. Brown said Archmere “will learn from this and a good thing is we play them again this year.” The rematch is scheduled for Feb. 2 at Conrad. The Auks (4-1) look to bounce back at Brandywine on Thursday at 5:15 p.m. 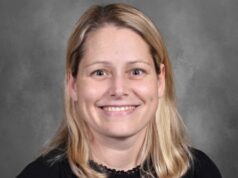 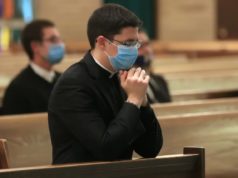