BALTIMORE — The Maryland Catholic Conference’s executive director, vowing to work with others to bring the measure to a referendum, said the people of the state “will be outraged” at how quickly the bill to legalize same-sex marriage made it through the Legislature to final passage.

The state Senate approved it 25-22 the evening of Feb. 23 after deliberating just 48 hours. The House of Delegates had already approved the bill Feb. 17, and Gov. Martin J. O’Malley, the bill’s sponsor, has pledged to sign it quickly into law.

“I expect that the people of Maryland will be outraged at the manner in which this legislation has been rammed through the Legislature, and they will be all the more inspired to do everything necessary to ensure the opportunity to vote in support of traditional marriage,” said Mary Ellen Russell of the Catholic conference.

The conference is the public policy arm of the bishops serving Maryland Catholics from the Washington and Baltimore archdioceses and the Diocese of Wilmington, Del.

Cardinal Edwin F. O’Brien, apostolic administrator of the Baltimore Archdiocese, said that “by daring to redefine this sacred union between one man and one woman,” Maryland’s politicians “unconscionably have chosen political expediency over the good of society — the fundamental charge of their office.”

Calling it “radical legislation,” he said the lawmakers’ action “poses a grave threat to the future stability of the nuclear family and the society it anchors.”

The Archdiocese of Washington said the measure was “regrettably” passed through “expedited hearings” and despite the fact that “Catholics and individuals across Maryland encouraged the lawmakers to protect the long-standing and proper definition of marriage as a union of one man and one woman.”

“The word marriage describes the exclusive and lifelong union of one man and one woman with the possibility of generating and nurturing children. Other unions exist, but they are not marriage,” the archdiocese said in a statement.

The Washington archdiocese also supports bringing the issue to a referendum.

More than 55,000 signatures will need to be collected to bring the measure to put it on the November ballot — a number Russell believes will easily be obtained. Under Maryland’s Constitution, the process to collect signatures can begin even before O’Malley signs the bill into law.

The Maryland Marriage Alliance, a coalition of Protestant clergy and churches, will be working to collect those signatures and Catholic parishes are expected to be a major force in the drive.

Russell said the conference and the alliance will work closely together to bring it to a referendum. “I anticipate that our churches will get involved and a number of our parishes will enthusiastically embrace the effort to collect signatures,” she said.

Maryland will join Massachusetts, New York, Connecticut, Iowa, New Hampshire, Vermont, Washington state, along with the District of Columbia, in allowing same-sex couples to marry when the bill is signed into law.

“It’s a grave disappointment that the governor would use the power of his office to promote a measure that has such deep, significant moral consequences for all of us in this state,” Russell said. “This should have been a vote of conscience, but — especially in the House of Delegates — lawmakers were under incredible pressure to pass this measure.”

“Though not a surprise, today’s vote to redefine marriage in the state of Maryland by some members of the state Senate is no less troubling for it places Maryland one step closer to the dismantling of the most fundamental social institution in all of society,” Cardinal O’Brien said in his statement.

“The Catholic Church, like others throughout Western civilization for thousands of years, has regarded marriage for its unique gifts rooted in nature, and respected that only God alone — not the church and not government — bestows the true meaning upon this relationship that he created,” he said.

Contributing to this story was Richard Szczepanowski in Washington. 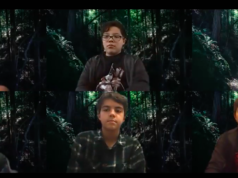