A Christian legend has it that St. Peter was encouraged to leave Rome during a persecution of Christians. But in doing so, he saw Christ entering a gate of the city. Peter asked Christ, “Where are you going? (“Quo vadis?”)” and Christ responded he was entering Rome to be crucified again.

St. Peter, struck by the vision, remained in Rome and met his martyrdom by crucifixion.

“Quo vadis?” was the theme of a three-day retreat for young men from the Diocese of Wilmington considering the priesthood, July 27-29, at Malvern Retreat Center in Malvern, Pa.

Eleven young men joined with diocesan seminarians and priests for spiritual talks, Adoration, Masses, Liturgy of the Hours and recreation, too, at the event sponsored by the Office of Priestly and Religious Vocations.

The varied activities, especially quiet time before the Blessed Sacrament, helped the participants “discern what their futures might be.” 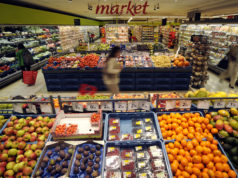