NEWARK – O’Koye Parker hit a free throw with 2.4 seconds remaining on the clock to life 19th-seeded Caravel past No. 2 St. Thomas More, 48-47, in the semifinal round of the boys’ state basketball tournament March 9 at the Bob Carpenter Center. The Buccaneers will advance to meet Smyrna for the title on Saturday.

Caravel (18-6) started strong as Trevon Alderman nailed a deep three-pointer and Parker added two more from even further away. Parker also drew a foul on a leaning three-point attempt with time running down in the first quarter, and he made all three free throws to give the Bucs an 18-10 lead after one.

The Ravens made a run in the second quarter, as Alvin West hit a triple, and Corey Gordon scored on a drive. St. Thomas More continued to chip away at the lead, with Gordon scoring off a steal, and Eric Montanez adding a field goal. Caravel’s lead was 36-35 at the end of three quarters.

An epic fourth quarter saw four lead changes and both teams made some big shots. Parker gave the Buccaneers the lead on a deep three-pointer and again after two straight drives. The Ravens answered, first on a basket by Gordon, followed by two pressure free throws by Greg Bloodsworth that tied the game at 47 with 1:13 left.

Caravel ran the clock down, and the Ravens’ defense kept Parker out deep until fewer than five seconds remained. A reach-in foul with 2.4 seconds to go sent Parker to the line for two since it was St. Thomas More’s 10th team foul. Parker, who had made all five of his free throws until then, missed the first but was successful on the second to give his team the lead. A half-court attempt by Bloodsworth fell short, and the Bucs’ dream postseason run continued.

Parker finished with 25, while Alderman had 10 for Caravel.

The Ravens received a double-double from Gordon, who had 14 points and 10 rebounds. Montanez added 13 points, while West scored 10. The Ravens finished 19-4 and reached the state semifinals for the first time in school history. 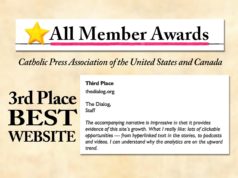 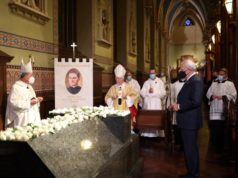