WILMINGTON – With their best player spending extended stretches on the bench in the final three quarters because of fouls, the Ursuline Raiders had an opportunity to see how they would handle adversity. They responded quite well, thank you, in a 40-35 home win over Sanford Wednesday night that pitted the top two girls teams against each other.

No. 2 Sanford, following the strategy employed by earlier Raiders opponents, did its best to take senior all-stater Adrianna Hahn out of the game with tight man-to-man defense. Hahn helped the Warriors by getting into early foul trouble, coming out of the game midway through the second quarter after picking up her third. She hit the bench again in the third after being whistled for her fourth, and, with 4:56 remaining in the contest and Ursuline leading by seven, Hahn fouled out. The Raiders maintained the advantage without her and won their regular-season finale to finish 19-1.

While he would have preferred to have Hahn on the floor, Ursuline coach John Noonan said it was important to see how the rest of the team responded to her absence. “The young kids tonight … big minutes, big spots, big plays. As a coach, you’re really, really pleased. We try to let our kids play. We try not to overcoach. We definitely made some mistakes late. I think we tried to give the game away. But the only way to learn and the only way to get better is for that to happen to you.

The game was played in front of a loud sold-out crowd that included sizable contingents of students from both schools. The atmosphere was like that of a playoff matchup, which the players noticed. Hahn said it was a good way to wrap up the regular season.

“This type of game is like every game in the tournament. No matter who you play, it’s win or go home, so I think we’re prepared to come into the tournament,” she said.

The top-ranked Raiders threatened to run away with the game in the first, not allowing a Sanford field goal in the quarter and taking a 12-2 lead. They stretched it to 14-2 before the Warriors went on a 12-0 run to tie the game. Ursuline’s Alyssa Irons ended the streak with two free throws, then freshman Maggie Connolly made her mark. Ursuline’s press caused a turnover on the inbounds, and junior Kailyn Kampert dove for the ball and pushed it to Connolly, who drained a jumper to make it 18-14. After a Warriors bucket, Connolly finished the first-half scoring with a three-pointer.

Hahn scored four of her nine points in the third as the margin stayed at five. The quarter was marred by several turnovers by both teams, including three five-second violations against Ursuline as it faced Sanford’s tight man-to-man defense.

Sanford went nearly two minutes after Hahn’s departure without a field goal, but the Raiders were not able to pad their lead. The Warriors got to within two at 37-35 when senior Hadiya Tucker grabbed a missed three-pointer by eighth-grader Lauren Park and scored on a layup. She was fouled and converted the old-fashioned three-point play with 36.6 seconds left on the clock.

Connolly’s contributions were as huge at the end of the second half as they were in the first as she hit three of four free throws down the stretch to provide the final points of the evening.

Despite her troubles, Hahn tied Connolly for team scoring honors with nine. Eighth-grader Alisha Lewis played well in critical minutes; she added eight. The Raiders are off until the second round of the state playoffs. They will play at home, likely on March 5. After a few days off and a team-building yoga session this Friday, it’s back to work for Noonan, his coaches and players.

“It is a long break. Three days off, minus the yoga class on Friday. We’ll make practice fun and then we’ll have days when we’ll clamp down and make it competitive. But everybody’s in the same situation. So what you do in practice is critical this time of year,” he said.

Sanford lost just its third game on the season against 16 wins. It was the Warriors’ first loss to an in-state opponent. Tucker led all scorers with 13 points, while juniors Chrishyanah Alston and Taylor Samuels had eight each. Sanford plays its regular-season finale on Monday at home when Caesar Rodney visits for a 4 p.m. tip. 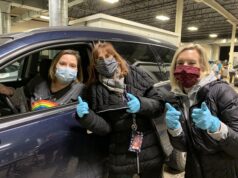 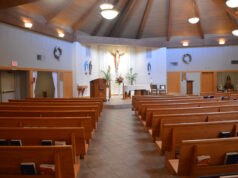