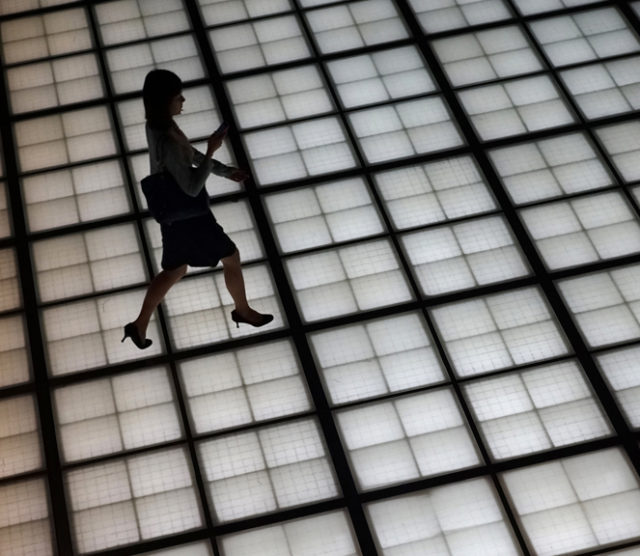 VATICAN CITY — Exploiting women or treating them like objects is a sin against God, Pope Francis said.

“There is a rage against women, terrible rage,” the pope said in his homily June 15 during morning Mass at Domus Sanctae Marthae.

It will do people good — especially those who enjoy freedom — to reflect on how many women have become “slaves of this throwaway mentality,” he said.

The pope’s homily focused on the day’s Gospel reading in which Jesus tells his disciples that anyone “who looks at women with lust has already committed adultery with her in his heart.” Jesus also admonishes those who divorce their wife, saying it “causes her to commit adultery and whoever marries a divorced woman commits adultery.”

Jesus “changed history,” Pope Francis said, with the way he respected women and recognized they have equal dignity as men.

At the time, women were second-class citizens and slaves in that they did not enjoy full freedom, he said.

Jesus recognized the dignity of women and “put them at the same level as men” because he understood what God meant when he created male and female in his image.

“Both are in God’s image, both. Not man first and then woman a little bit below,” he said.

“A man without a woman nearby — be it a mother, a sister, a wife, a co-worker, a friend — that man is not in the image of God” without her.

So many women, instead, are exploited and put on sale “like in a market,” he said. Men “go up to them not to say, ‘Good evening,’ but ‘How much do you cost?’“

People try to clear their consciences by labeling these women as prostitutes, but they must remember that Jesus said those who reject women expose them to adultery.

“Women end up like this, exploited, enslaved, because you do not treat women well,” Pope Francis said.

Women are also used as objects in the media and advertising, displayed “like an object of desire” or to be used, he said.

A woman may be “humiliated, naked” in an ad for a certain product brand, he said, or they may be “objects of that disposable philosophy” at home, at work, in different businesses where it seems they are not even a person.

“This is a sin against God the creator — to reject women — because without them, we men cannot be in the image and likeness of God,” he said.

“We have to reflect better,” he said, and recognize how doing or saying certain things against women in essence shows contempt for the image of God. 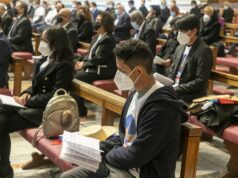 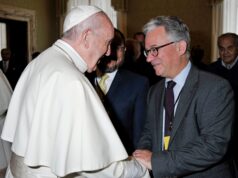 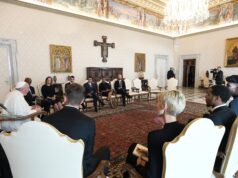