VATICAN CITY — Testifying before the U.N. Committee on the Rights of the Child, a Vatican representative acknowledged the horror of clerical sexual abuse and insisted the Vatican was serious about protecting children.

Archbishop Silvano Tomasi, the Vatican observer to U.N. agencies in Geneva, said the church recognizes abuse of children as both a crime and sin, and the Vatican has been promoting policies that, “when properly applied, will help eliminate the occurrence of child sexual abuse by clergy and other church personnel.”

The archbishop spoke in Geneva Jan. 16 during the committee’s annual session to review reports from states that signed the U.N. Convention on the Rights of the Child. The Holy See signed the treaty in 1990.

“There is no excuse for any form of violence or exploitation of children,” the archbishop said. “Such crimes can never be justified, whether committed in the home, in schools, in community and sports programs, in religious organizations and structures.”

Pope Francis, in a homily at his early morning Mass the same day, spoke generally about the shame of the “many scandals” perpetrated by members of the church. Those who abuse and exploit others, he said, may wear a holy medal or a cross, but they have no “living relationship with God or with his word.”

Instead of giving others “the bread of life,” he said, they feed them poison.

Archbishop Tomasi told the committee that, in December, Pope Francis approved the establishment of an international commission to promote child protection and prevent abuse. He said Vatican City State recently updated its laws to define and set out penalties for specific crimes against minors, including the sale of children, child prostitution, the military recruitment of children, sexual violence against children and producing or possessing child pornography.

In late November, the Vatican responded in writing to questions from the committee about its last report on compliance with the treaty; much of the Vatican response involved explaining the difference between the Vatican’s direct legal jurisdiction over Vatican City State and its moral and canonical influence over Catholics around the world.

“Priests are not functionaries of the Vatican,” Archbishop Tomasi told the committee. “They are citizens of their own state and fall under the jurisdiction of that state.”

Jesuit Father Federico Lombardi, Vatican spokesman, said in a statement Jan. 16 said that questions posed by the committee and others “seem to presuppose that bishops and religious superiors act as representatives or delegates of the pope, something which is without foundation.”

Asked by the committee about the case, Archbishop Tomasi declined to give details because the investigation is still underway, but he said it would be handled “with the severity it deserves.”

The archbishop was referring to Archbishop Jozef Wesolowski, who the Vatican removed as nuncio to the Dominican Republic in August after he was accused of paying for sex with boys in the Caribbean country.

Father Lombardi confirmed Jan. 11 that the former nuncio was being investigated canonically by the Congregation for the Doctrine of the Faith and also was the subject of a criminal investigation by Vatican City State legal authorities.

Archbishop Tomasi acknowledged that “abusers are found among members of the world’s most respected professions, most regrettably, including members of the clergy and other church personnel.”

Abuse by clergy, he said, is “particularly serious since these persons are in positions of great trust, and they are called to levels of service that are to promote and protect all elements of the human person, including physical, emotional and spiritual health. This relationship of trust is critical and demands a higher sense of responsibility and respect for the persons served.”

In the days before the U.N. committee meeting, organizations representing victims of clerical sex abuse and others continued to make public criticisms of the Vatican and to claim that it had direct responsibility for handling or mishandling cases of abuse around the globe.

Archbishop Tomasi told Vatican Radio, “The criticisms are easy to make and sometimes have a basis in reality; any crime is an evil, but when children are involved it becomes even more serious.”

At the same time, he said, “the accusation that the Holy See has blocked the carrying out of justice seems to be unfounded.”

The Committee on the Rights of the Child broadcast the session live on the Internet.

Auxiliary Bishop Charles Scicluna of Malta, the former sex abuse investigator in the Congregation for the Doctrine of the Faith, also appeared before the U.N. committee and answered questions, specifically about canon law and Vatican policy in dealing with allegations of clerical sexual abuse.

One of the committee members told him and Archbishop Tomasi that Vatican procedures “aren’t very transparent and the victims don’t take part” in the proceedings.

The Holy See knows “there are things that need to be done differently,” Bishop Scicluna said, particularly to address concerns about whether a local church has covered up cases of alleged abuse.

“States need to take action against the obstruction of justice,” no matter who is involved, he said. “Only the truth will help us move on.”

Religious orders and dioceses are required to investigate allegations and inform the doctrinal congregation about suspected abuse, Bishop Scicluna said, “but it does not substitute or override domestic laws” in force where these people are, “where the sexual abuse of a minor is rightly seen as an egregious crime.”

“Religious orders and dioceses have to follow domestic laws about disclosure,” Bishop Scicluna said, and this fact “needs to be pointed out and said very clearly.”

Bishop Scicluna and Archbishop Tomasi were asked several times why the Vatican had not made it obligatory for local bishops and religious superiors to report every case of suspected abuse to civil authorities whether local law required reporting or not.

Bishop Scicluna said he believed a more effective strategy would be to educate all Catholics about their rights and responsibilities concerning abuse.

Committee members asked repeatedly about the total number of accusations made against Catholic clergy around the world and about the results of investigations on every level.

Bishop Scicluna said the Vatican has “no statistics on how cases developed. That does not mean it should be this way. It is in the public interest to know the outcomes of the procedures” and know if a priest or other church employee was “found guilty, found innocent or not proven guilty” although there was enough evidence to be concerned about the person’s interaction with children. 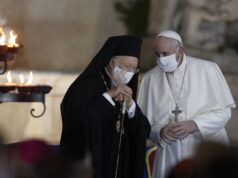 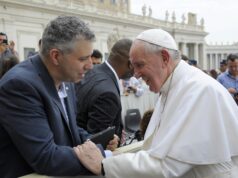 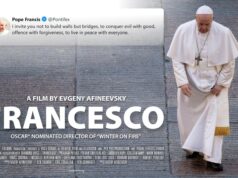