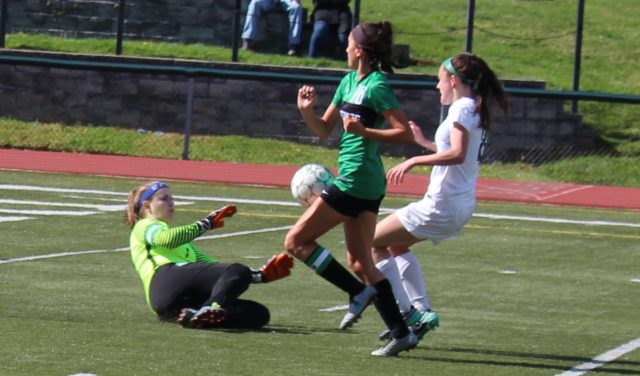 The Auks, ranked fourth in Division II by 302Sports.com, controlled the play with the wind in their face in the first half. Julia Kochie, Dara Dawson and Anna Garcia all had shots on goal in the first 10 minutes. Hawks goalkeeper Morgan Mitchell was impressive in the first half as she turned away all seven of the Auks’ shots, including a great save on Dawson in the 35th minute.

The Auks and Hawks were scoreless at the half despite the Auks’ strong play. Archmere broke through in the 49th minute as Garcia took a perfect pass from Dawson and beat Mitchell to the far corner to give the home team the 1-0 lead. The Auks would have three straight corner kicks, but Mitchell made two more great saves. St. Georges answered in the 58th minute. Paige-Marie Davis blasted a 30-yard kick up into the upper 90 and over Nicole Witherell’s outstretched hands to tie it, 1-1.

The Auks responded two minutes later, capitalizing on a free kick from just outside the box. This time, Melina Reilly scored off the set play to give the Auks the 2-1 lead. The Auks continued the pressure, but Mitchell kept the Hawks alive. St. Georges had a corner kick in the 76th minute but couldn’t get a shot on goal.

The Auks (9-1) have won nine straight but have two tough matches coming up this week. First they host No. 3 Caravel on Wednesday at 3:45 p.m. Then on Saturday they play the third-ranked team in Division I, Wilmington Charter, at Talen Energy Stadium in Chester, Pa., at 7:30 p.m.

The Hawks (5-5) got 14 saves from Mitchell. They host Delcastle on Wednesday at 3:45 p.m. before hosting Ursuline on Friday. 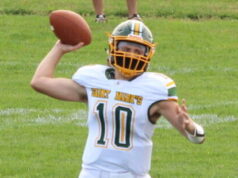 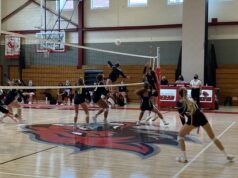 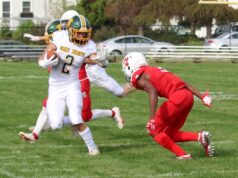