ASTON, Pa. — When Neumann University president Dr. Chris Domes needed a Christmas card to send out to the college’s holiday mailing list, he opened up the design of the card to the students. That was good news for Mia Cimino, a Padua Academy graduate who submitted the winning art that will soon be heading out of Aston to approximately 1,400 faculty and staff, the board of trustees, major donors, and members of the Domes family.

Cimino, a sophomore majoring in social work with a minor in art, said she was honored to have her work selected. Her watercolor is of the shadow of a Nativity scene with stars in the sky. Once she had the idea in her head, it didn’t take too long to sketch it out and paint it. The design had to reflect Neumann’s Franciscan tradition.

“I was just kind of thinking about Christmas and what the root of Christmas is,” Cimino said recently at Neumann. “I thought about the coming of Jesus because that is what Christmas is, and that’s why I decided to do the open manger scene with the three kings bringing their gifts to Jesus, and the animals on the side as well, and the big star over the top of the manger. That’s what I think of at Christmas.”

This is the first year the president’s Christmas card has been created by a student.

“Using a Christmas card that is designed by a student gives us the opportunity to showcase the many talents of the young women and men who are part of the Neumann family,” he said in a statement.

Cimino, who is also a graduate of Immaculate Heart of Mary School in Brandywine Hundred, said she posted the image on her Facebook page, where it has received a lot of attention.

“My art being on the Christmas card this year has been good for my Facebook page and people noticing me and my artwork. So it’s been really good,” she said. She also received a Wawa gift card, which is always welcomed.

The artist has met Domes, who is in his second year at Neumann, multiple times. She saw him at a soccer game and introduced herself and said the president “was very happy that I came up to him so he could match the face with the painting and the name.”

Cimino hopes to mix her passion for art with social work, maybe in art therapy.

“Tying it together with social work and children and people with mental illnesses. I’m also interested in doing face-painting for birthday parties, stuff like that on the side, along with a social work job,” she said.

She also does commissions for people who have reached out to her. When she is not studying or working on her art, Cimino likes to play tennis and other sports with her friends. She also works at a retirement home in Hockessin.

Padua played a role in developing Cimino’s love for art. She said she took every art class she could at the school, and she credited teacher Denise Vitollo with helping her improve her craft. At Neumann, art professor Glenn Holmstrom has been instrumental in her education.

Before she started at Neumann, Cimino was thinking of studying nursing or business, but she wasn’t sure. A family friend who worked at the university arranged a meeting with Dr. Rosalie Mirenda, the longtime president who retired after the 2016-17 academic year.

“I told her what I was interested in doing, and she suggested social work to me,” she said. “So I researched it more, and I realized that is exactly what I was looking for. So Dr. Mirenda is actually the one who suggested that career path for me.”

Cimino is not sure when Domes’ office will be sending out the cards, but she hopes to get one. And she wouldn’t mind designing the next one as well.

“I can think about it all year.” 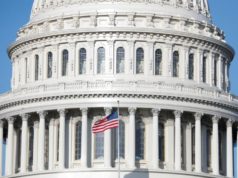 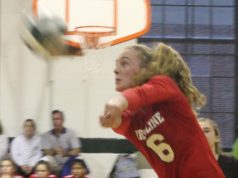 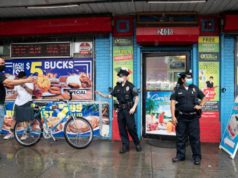