The boys’ soccer tournament gets going on Tuesday, as Saint Mark’s takes on St. Andrew’s in the Division II tournament. Both Archmere and Salesianum, the top seeds in their respective divisions, will play Saturday. In football, postseason seeds and aspirations are in the balance this week, while the cross country state championship will be held Saturday in Kent County.

No. 9 St. Andrew’s (9-5-1) vs. No. 8 Saint Mark’s (9-5-1), 8 p.m. at Dover High School. It seems fitting that the Saints and Spartans meet in the Division II tournament; after all, they have identical records and have played several common opponents. St. Andrew’s is capable of scoring in bunches, and the defense posted five shutouts. The Saints met second-seeded Wilmington Friends twice, picking up a tie and a loss and allowing just two goals in those games. The Spartans don’t score a ton, but they play stout defense. Saint Mark’s schedule included both No. 1 seeds, Archmere and Salesianum, so they will not be fazed by any competition. These teams last met two years ago in the state tournament.

No. 8 Sussex Central (9-5-1) vs. No. 1 Salesianum (14-1), 5 p.m. at Dover High School. The Sals are in a familiar position in the Division I bracket, but they know every member of the eight-team field has their sights set on knocking off the defending champs. Sallies played a national schedule that included some of the best competition available. In the Golden Knights, they draw a foe that is one of Delaware’s highest-scoring, but also gave up more goals than any of the teams in the Division I bracket. The Sals and Golden Knights last met in the 2016 tourney.

St. Andrew’s/Saint Mark’s winner vs. No. 1 Archmere (14-1), 7 p.m. at Smyrna High School. The Auks earned the top seed after a superb season that included 11 straight shutouts and a mere six goal allowed – three of those to Salesianum in the final game of the regular season. Archmere is no slouch offensively; the Auks scored the second-most goals of any team in the state in 2019. But in the postseason, they know not to take any opponent for granted.

St. Elizabeth (2-7) at Caravel (7-2), 7 p.m. The Vikings play at their temporary home field, but this time they will be on the visitor’s sidelines. In the Buccaneers, St. Elizabeth will face an opponent whose offense is humming and whose defense has allowed fewer than 10 points in three of its last four games. The winner takes home the Maroon Brawl Trophy.

Salesianum (5-4) at Saint Mark’s (6-3), 7 p.m. This is a game with potential postseason implications, on top of the schools’ longstanding rivalry. Salesianum would erase doubt about its inclusion in the Division I field with a win at the Graveyard. The Spartans would need to upset the Sals, then get some help to make the Division II party. Both teams feature strong running games and have quarterbacks who are capable of airing it out. The Sals have a four-game winning streak in the series.

First State Military Academy (4-4) at Archmere (7-2), noon. The Bulldogs, playing their third season of varsity football, could snag their first winning season with a win, but the Auks represent a stiff test to end the season. Archmere is in good shape to make the Division II state tournament, but a win would make them sleep a whole lot better.

State championship meet, Killens Pond State Park, Felton. The boys get going at 2:20 p.m., with Division II leading off. Archmere could be a factor in this one, although Tatnall is the likely favorite. Salesianum and Wilmington Charter appear to be the favorites in Division I. 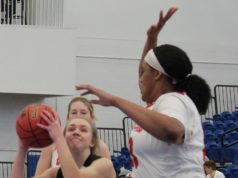