Home Catechetical Corner What does Pope Francis mean when he calls for ‘parrhesia’?

On a number of occasions over the past six and a half years, Pope Francis has called his listeners to live out the Gospel with “parrhesia.” “Parrhesia” is not a word that you hear every day. So why is Pope Francis using it and what is he trying communicate when does?

It is impossible to get inside the mind of Pope Francis to identify why he has chosen to use this word instead of others. But there are some clues both from history and the context of when Pope Francis uses the word that shed some light on why he might be encouraging us all to adopt a posture of “parrhesia” as we take up the church’s mission in the world.

To speak with “parrhesia” was to speak your mind in a way that neither hid your intentions nor sought to manipulate your hearer. If a person spoke with “parrhesia,” there was no doubt about what was being said. Instead, that person spoke openly, refusing to hide from a person he or she might be critiquing.

For example, in the Gospel of John, when Jesus speaks with “parrhesia,” he is not speaking figuratively. He is speaking plainly of the love of God and the demands that it makes on us as we respond to God.

When the word is applied to Jesus’ disciples in other New Testament writings, its meaning shifts.

To speak and live with “parrhesia” is to do so with courage to respond to the Holy Spirit’s invitation to transform creation toward the reign of God, even in the face of opposition.

Similarly, when Pope Francis uses the word, he is exhorting his listeners to speak boldly, to speak with courage, and to be testify to the Gospel while doing so. This is seen in two contexts where he often used the word.

First, he often uses the word when inviting large gatherings of church leaders, like the synod of bishops and last February’s meeting on the protection of minors in the church at the Vatican, to engage authentically in synodal practices.

The word “synod” stems from the Greek word “synodos,” meaning to journey together.

Pope Francis has made clear that he longs for the church to engage in synodal practices — to discern together how the church is called to respond to the Spirit and carry forward the Gospel as one body in mission to the world.

In these settings, Pope Francis, is calling bishops and laity alike to speak boldly and courageously, even in the face of disagreement.

Importantly, this is not a call to engage in unproductive disagreement, like those who would criticize others behind the cloak of an anonymous letter or those who disappear after offering a word of critique.

To speak with “parrhesia” is to speak plainly and frankly, without fear of disagreement.

The pope, then, is exhorting the church to allow disagreements over the ways the church is called to carry forward the Gospel be aired openly and with charity so that, together, through dialogue and prayer, the church might discern how best to respond to the Spirit today.

Especially when traveling, he calls the baptized whom he encounters to act with courage and boldness, even in the face of resistance from those whose privilege or power is threatened by Jesus’ word that the reign of God is good news for the poor and oppressed.

In this sense, the pope is calling the church to act in ways that are similar to St. Oscar Romero, Dorothy Day and Martin Luther King Jr., who spoke the truth of the Gospel in the face of persecution and opposition without fear.

Early in his ministry as pope, Pope Francis reflected on the mission of Barnabas to the gentiles in a homily. He stated, “Today let us think about the missionary nature of the church: these disciples who took the initiative to go forth, and those who had the courage to proclaim Jesus to the Greeks, something which at that time was almost scandalous. …

“Let us ask the Lord for this ‘parrhesia,’ this apostolic fervor which impels us to move forward, as brothers and sisters, all of us: forward! Forward, bearing the name of Jesus.”

This encapsulates Pope Francis’ vision of cooperating with the Holy Spirit’s work through “parrhesia.” He is summoning the church to proclaim the Gospel with boldness, as one body, journeying together in patient dialogue with one another and the Spirit, discerning how the reign of God might be built up in our midst.

Kevin Brown received his doctorate in systematic theology from Boston College and teaches theology in the religious studies department at Gonzaga University, where is he is also senior specialist for faculty and staff formation in the Office of Mission and Ministry. He is the editor of the “Proceedings of the Catholic Theological Society of America.” 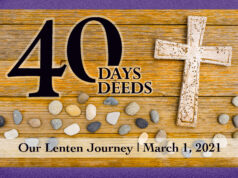 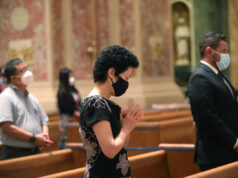 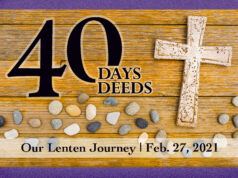