Michelle Kozicki of Padua Academy and Ber’Nyah Mayo of St. Elizabeth High School lead several players from Catholic high schools who have been honored with spots on the 2020 all-state girls and boys basketball teams. The teams, selected by the state’s head coaches and media members who regularly covered the sport, were released the afternoon of March 20.

Kozicki and Mayo, both seniors, were named to the first team. For Mayo, it was her second time as a first-team selection. Kozicki made the third team last year as a junior.

Kozicki was one of seven seniors on a Pandas squad that went 14-7, bowing out in the quarterfinals of the state tournament with a loss to Sanford. A forward, she scored a career-high 42 points in the Pandas’ final win, a 67-45 decision over Polytech in the second round of the tournament. She averaged 26.25 points per game in 20 games.

She will be playing next season at La Salle University in the Atlantic 10 Conference.

Mayo returned to the court this season after missing the first seven games while recovering from a knee injury; the Vikings went 13-1 with her on the court. Mayo scored 16.7 points per game.

The Vikings finished the season 16-5. They were scheduled to play Conrad in the tournament semifinal before the postseason was canceled. Mayo will continue her academic and athletic pursuits next season at the University of Massachusetts, also in the Atlantic 10.

Allie Kubek, a senior at Sanford, was named the state’s player of the year. The other members of the first team are senior Julie Kulesza and junior Stefanie Kulesza, both of Conrad. In addition to Mayo, the Kulesza sisters are repeat first-team selections.

Two Catholic school players are on the third team. They are Serena Pluta of Saint Mark’s and Fiona Teaney of Archmere.

Pluta was the lone senior and leading scorer for the Spartans, who finished the season 14-7 after a first-round tournament loss to Caravel. She was a scoring machine for Saint Mark’s, putting up a career-best 39 against Sussex Tech. She also topped 30 on three other occasions, including 37 against Middletown.

Teaney was a mainstay for the Auks, who finished with a 16-7 mark, falling to Conrad in the quarterfinals of the state tournament. She did a bit of everything for the Auks, who had multiple scoring options. Her season high in points came against Caravel, when she went for 25, including five three-pointers. She had six triples against Padua in the regular-season finale.

The other honorable mentions are: 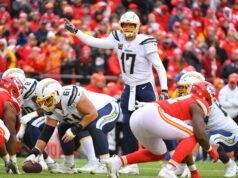 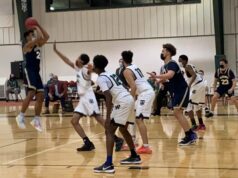